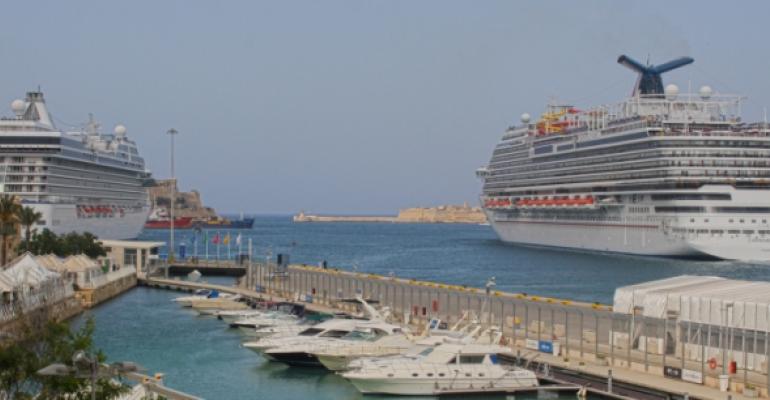 In an address, the Minister for Tourism, Dr. Edward Zammit Lewis said this development was very exciting and that the islands looked forward to enhancing the relationship between the Maltese Islands and Carnival Cruise Line.

With approximately 80% of Carnival passengers coming from the US, 'this will help to diversify Malta’s cruise line market,' commented Dr. Zammit Lewis.

2015 was a record year for the industry in Malta as 307 cruise ships entered the Grand Harbour. According to figures published by the National Statistics Office, these vessels carried more than 670,000 passengers, up by 30% from 2014.

Minister Zammit Lewis said the trend was continuing. Malta has just registered an exceptional rate of cruise tourism in winter. '17 cruise ships called in our port between January and March 2016, 8 more than last year. Nearly 40,000 passengers arrived in Malta in the 1st quarter of this year, an increase of 90% over the same period of 2015,' he added.

'Valletta Cruise Port has just invested €1.5m in Forni Terminal to accommodate the increasing flows of passengers onboard the larger ships. Improving the infrastructure on Quays 4/5 and towards Lascaris Wharf is critical to the continued growth of the industry in Valletta. We are currently working on these plans looking to the future,' commented Xuereb.

Before leaving port, passengers and crew onboard Carnival Vista had the opportunity to follow a historic re-enactment by Inguardia showing events happening during the times of the Knights of St. John, courtesy of the Malta Tourism Authority. As the Carnival Vista exited the historic Grand Harbour, a gun salute from the saluting battery of the Upper Barrakka Gardens was given courtesy of agent Mifsud Brothers Ltd.

According to Ivan Mifsud, md of MBL, 'what made this occasion very special was the fact that the hotel director on-board is Maltese – Pierre Camilleri. You do not often come across a Maltese person in this capacity.'