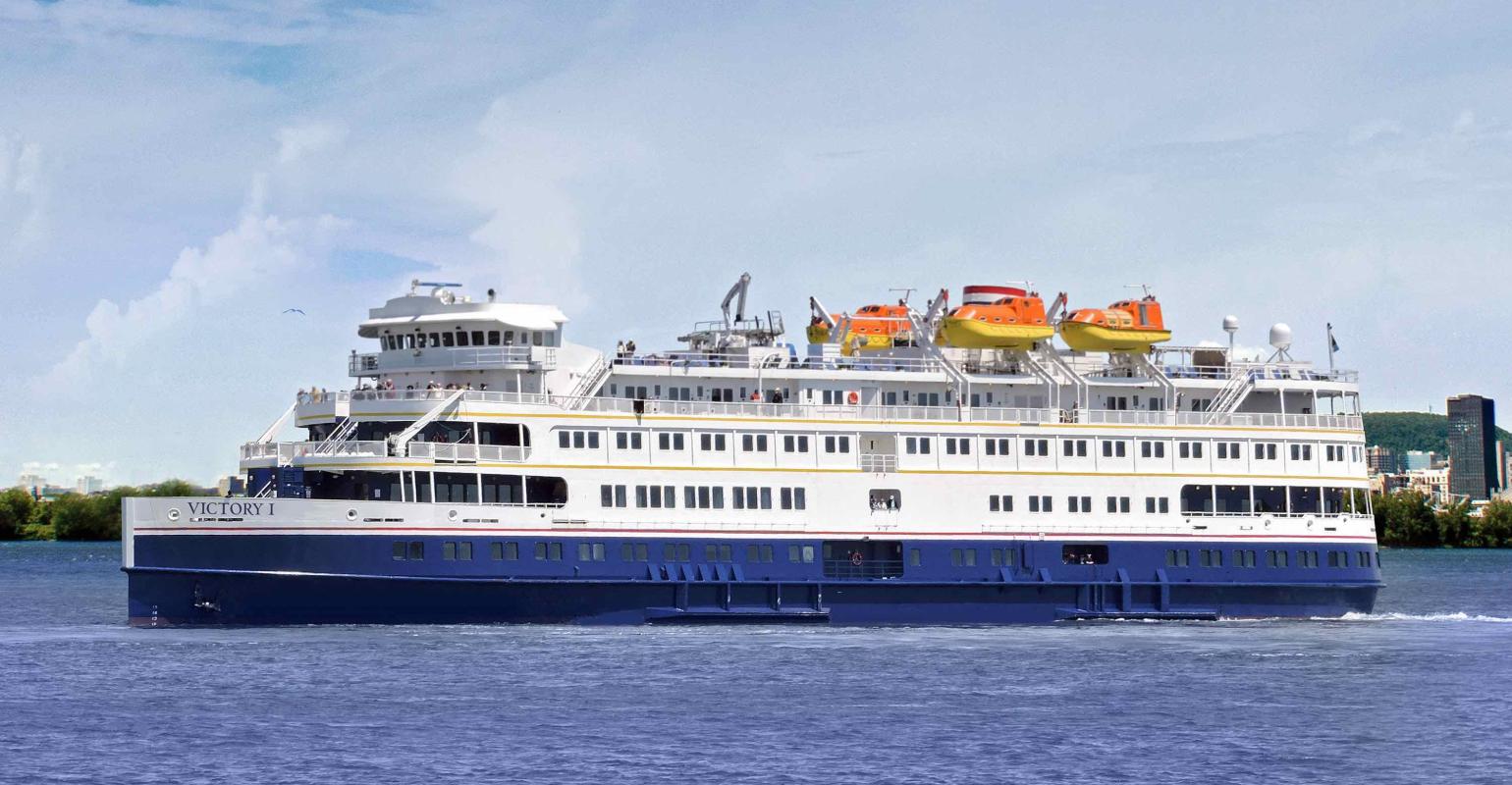 Victory I, pictured here, will sail the new Southeast US routes, while sister ship Victory II will head to the Yucatán Peninsula and Central America
After an inaugural year under new ownership sailing the Great Lakes, Canadian Maritimes and New England, Victory Cruise Lines is taking its twin 202-passenger ships south to the Southeast US, the Yucatán Peninsula, Panama and Costa Rica.

These new ‘Discover Beyond’ programs for Victory I and Victory II begin in March. Trips range from nine to 10 days and are priced starting at $2,699, including a pre-cruise hotel stay.

‘As we expand our itineraries, we will continue delivering the immersive shore excursions and customer service Victory Cruise Lines is known for,’ said John Waggoner, founder and CEO of Victory's parent, the American Queen Steamboat Co..

Nine-day open-jaw trips between Jacksonville, Florida, and Freeport, Grand Bahama, will be operated by Victory I, with a total of eight departures, in March, April, November and December. Ports include Charleston and Beaufort, South Carolina; Savannah and Brunswick, Georgia; and Fernandina Beach and Port Canaveral, Florida. Rates start at $2,699 plus on-board gratuities, transfer costs and port charges.

Victory II will explore Mexico’s Yucatán Peninsula on nine-day round-trips from Cancun, Nov. 14, 21 and 28. Passengers will the Mayan sites of Tulum and Chichén Itzá, along with colonia cathedrals and markets along cobblestone streets.

A stay on shore near Valladolid includes lunch and dinner at a local restaurant and a night at Mayaland Hotel, family-owned and operated since 1923. The trip begins with a pre-voyage stay in Cancun, and destinations include Puerto Morales, Progreso (with the onshore stay near Valladolid) and Campeche. Rates start at $2,999 plus on-board gratuities, transfer costs and port charges.

Victory II then sails from Colón to Puntarenas (for San José), Costa Rica, on a nine-day trip starting Dec. 13. The journey begins with a Panama Canal transit before exploring Costa Rica’s nature and cacao production, from Golfito and Quepos. A pre-cruise hotel stay in Panama City is included. Rates start at $2,999 plus on-board gratuities, transfer costs and port charges.