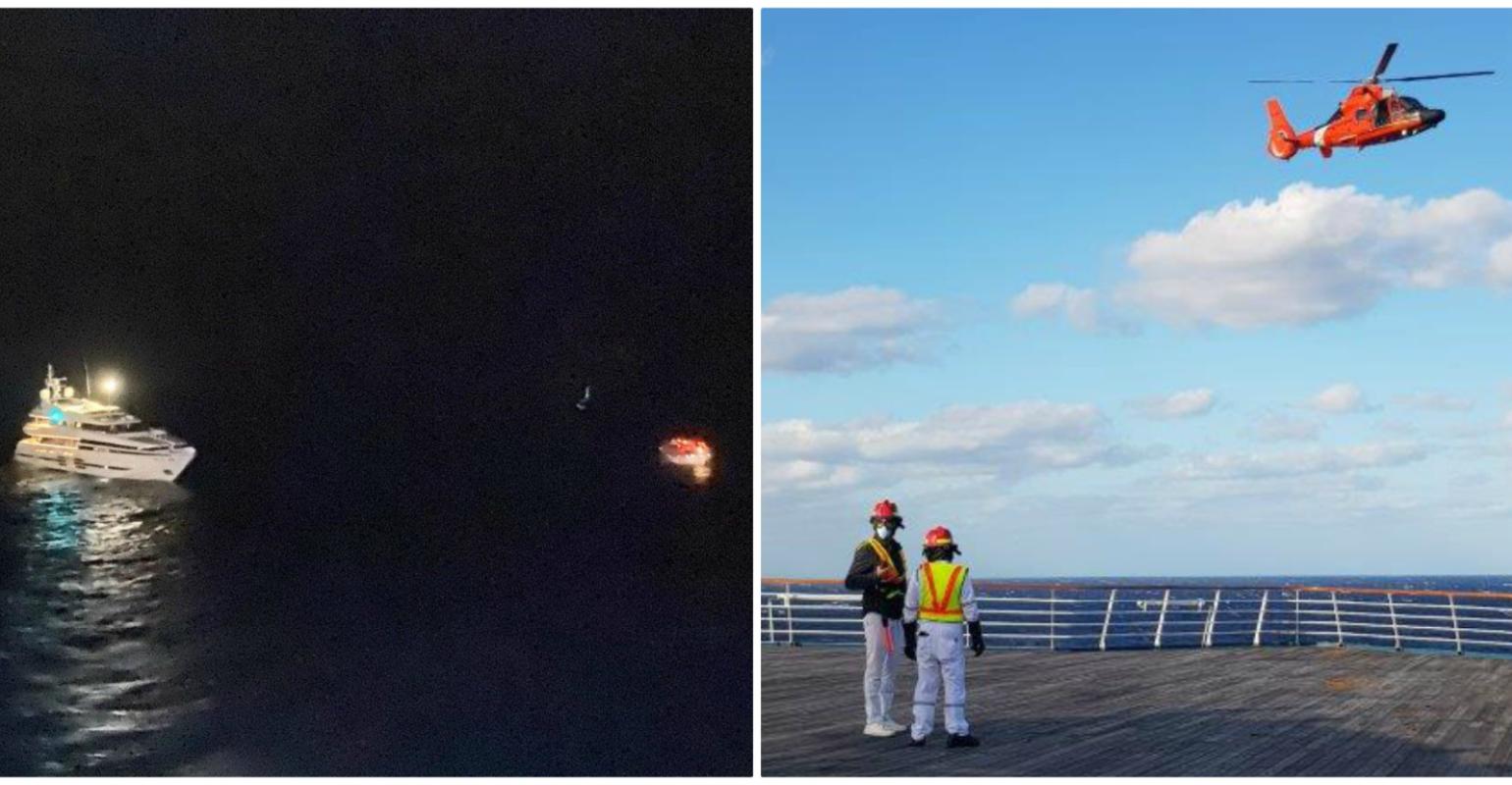 A rescue boat from Carnival Ecstasy collected the injured man from the yacht Balista and he was later medevaced from the ship by a USCG helicopter
Carnival Ecstasy rescued a seriously injured crewman from a private yacht in the Bahamas.

The ship on Tuesday responded to a mayday call from the Balista, seeking help.

Carnival Ecstasy was approximately four nautical miles away. While officers could see that another cruise ship was closer, the other vessel did not appear to be responding to the mayday so Capt. Domenico Calise weighed anchor and Ecstasy proceeded to the yacht.

Working in tandem with Carnival’s Fleet Operations Center, Carnival Ecstasy contacted all appropriate authorities, including the US Coast Guard, as per normal protocols. Because of rough seas and 30 knot winds, Capt. Calise and his team had to abort the initial transfer of the man and lowered a rescue boat to bring him on board.

The man, 29, was evaluated and treated by Carnival Ecstasy’s medical team who advised that his injuries required further care at a shoreside medical facility. Carnival Ecstasy then headed north where it was met by a USCG helicopter, and a successful medical evacuation was completed.

Like other Carnival Cruise Line ships, Ecstasy is at minimum non-operational manning status with limited crew members on board.