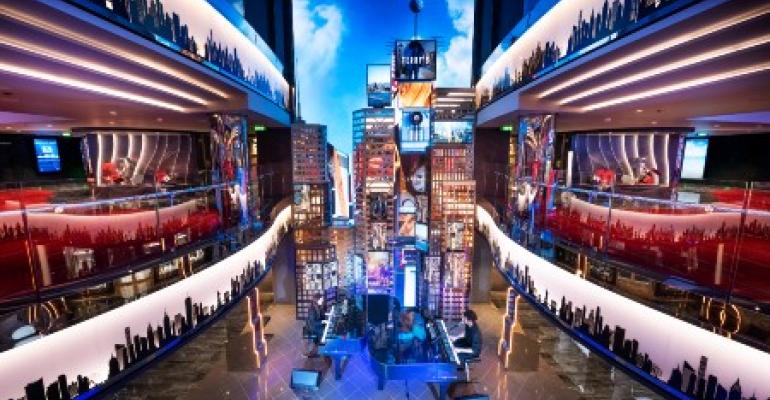 MSC Seashore will be officially named at Ocean Cay MSC Marine Reserve in the Bahamas on Nov. 18, making this the first cruise ship named on a private island.

As with every new MSC Cruises ship, the iconic actress Sophia Loren will serve as the godmother as she officially names her 16th vessel for the brand. The festivities will take place on board and on the island as the ship will remain docked throughout the night, with a gala dinner and live entertainment.

MSC Seashore's naming will also serve as the formal inauguration of Ocean Cay MSC Marine Reserve, which opened in late 2019 and closed shortly after due to the pandemic. The island has since gone through further work and significant improvements.

The ship will depart PortMiami Nov. 17 with invited guests including travel advisors and media.

Following the naming festivities, MSC Seashore will begin its inaugural US season of seven-night cruises on Nov. 20.

MSC Seashore will become the third MSC Cruises ship based in the US. New for this season is Port Canaveral, where MSC Divina began operating in September. When MSC Seashore arrives, MSC Meraviglia will move to Port Canaveral for the rest of the season and MSC Divina will reposition to PortMiami.