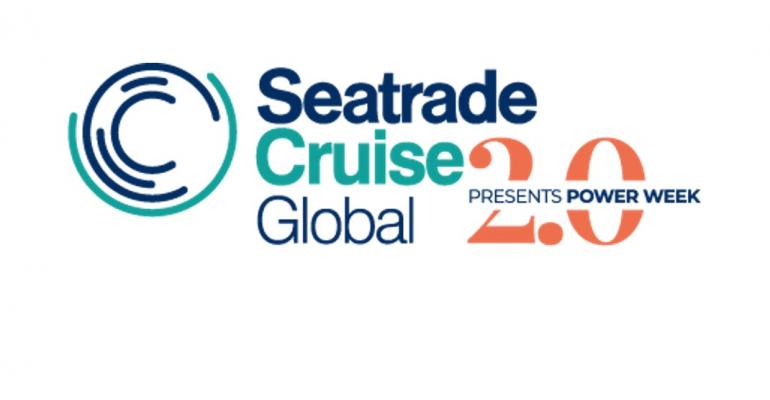 Seatrade Cruise Global 2.0 is the virtual follow-up to last week's Miami event and includes a supplementary program of new content covering the hottest topics each day.

The 2.0 Power Week kicks off Monday, October 11, with Expedition & Sustainable Cruising as its theme. Three panel discussions will look at how expedition cruising is re-emerging after limited activity these past 18 months with specially curated panels by the Association of Arctic Expedition Cruise Operators, by the International Association of Antarctica Tour Operators and rounded off with a Beyond the Poles .... engaging passengers; new explorations session with a look at how destinations around the world can shape their assets and experiences to appeal to the expedition mindset. This panel is moderated by Ben Lyons, CEO, EYOS Expeditions, and features Conrad Combrink, SVP Expeditions, turnaround operations and destination management, Silversea Cruises; Bruce O’Hare, Lakeshore Excursions Canada; and Jess Peterson, VP product development, Hurtigruten Expeditions.

North Europe, the Mediterranean and Beyond - October 13

Two additional sessions feature an update by Cruise Europe and MedCruise moderated by consultant Nigel Lingard talking to Laura Cimaglia, VP, director of ports, cities and destinations, MedCruise; and Rebekah Keeler, head of cruise, ABP Southampton & Council Member, Cruise Europe followed by Looking beyond the Mediterranean and into the Red Sea, Mary Bond finds out what lies ahead as a result of Saudi Arabia’s entry into the cruise scene in an interview with Ghassan Khan, chief strategy officer for Cruise Saudi.

Health & Safety is the theme of next Thursday’s program, and Friday checks in on Entertainment, Regenerative Travel and Storytelling — of which more soon.

Seatrade Cruise Global 2.0 is more than just an extension of the conference — it's a cruise community networking event, too, where thousands of cruise professionals from around the world are using Seatrade's matchmaking software to connect, meet and drive their businesses forward.

Register here for a virtual pass to watch all the above sessions, as well as the entire program from last week's Miami Conference, on-demand and to network.