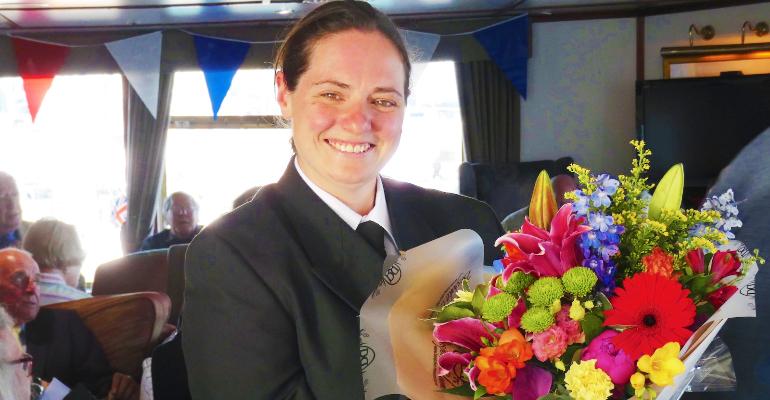 Of the appointment, the cruise line’s MD Ken Charleson remarked, ‘We are delighted to announce the appointment of Caroline Palmer as our first permanent female captain.

‘Caz [Caroline] brings a wealth of knowledge and expertise to the position of master and we wish her every success in her new role.’

He went on to say that Palmer formerly proved herself ‘as a loyal and proficient officer who is very popular with guests and colleagues alike.’

Most recently, she was seconded to the role of fleet safety and compliance officer for Hebridean Princess, Lord of the Glens and Lord of the Highlands.