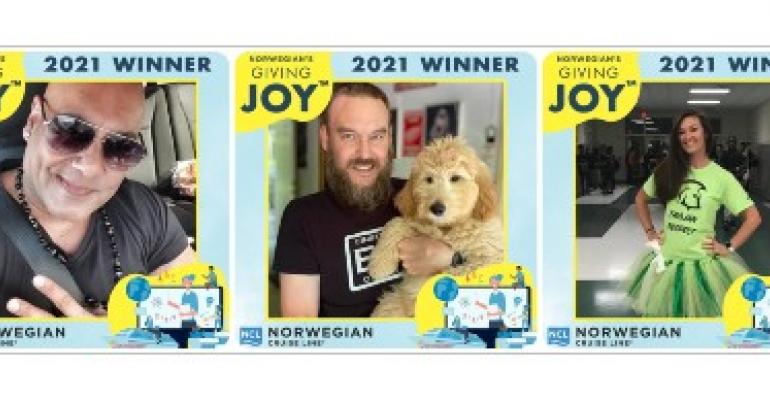 Norwegian Cruise Line awarded 100 free cruises to 100 teachers across the US and Canada, as well as thousands of dollars to the schools of the top three grand prize winners as part of its 'Norwegian's Giving Joy' campaign.

The monthlong campaign, which launched during National Teacher Appreciation Week (May 3-7) recognized educators for bringing joy to the classroom. To honor individuals and the teaching profession along with the start to a new school year, NCL held a livestream awards celebration Thursday hosted by teenage entrepreneur Mikaila Ulmer, founder and CEO of Me & the Bees Lemonade.

During the event, Ulmer highlighted the important role teachers around the world play in the lives of their students and communities and reinforced the power of travel and exploration as an immersive means of education. The 2019 Giving Joy winners made a special appearance, as did 'The Choir of Man' cast aboard Norwegian Encore, currently sailing to Alaska.

All Norwegian's Giving Joy honorees received a free weeklong cruise, which they have until the summer of 2023 to take.