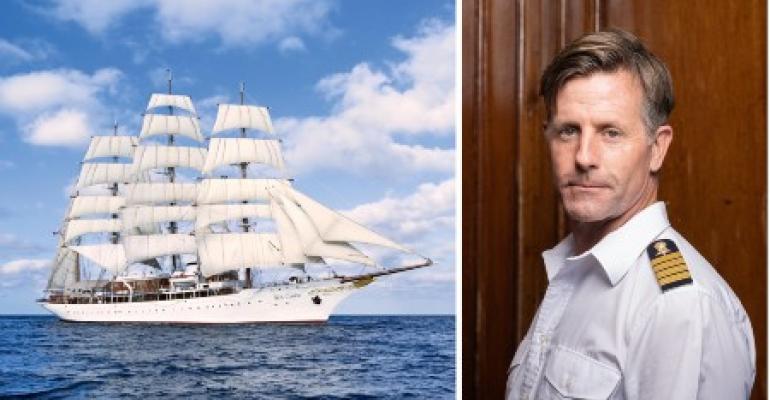 For the first time in many years, a US captain, John Svendsen, is helming legendary tall ship Sea Cloud.

Svendsen is commanding the four-masted vessel as it resumes cruising the Mediterranean. After voyages through the Greek Islands in August and September, Sea Cloud will head to its traditional home waters of the Caribbean for the winter season.

Svendsen, who served several years as first mate of Sea Cloud before advancing to captain, has decades of experience working on ships around the world. Following his nautical training, he was a captain and chief of marine organization for The Nature Conservancy. A book, 'The Arts of the Sailor,' sparked his interest in traditional sailing ships.

Svendsen signed on as a volunteer at the Maritime Museum of San Diego. Then, as an employee in ship preservation, he worked with the replica of the British frigate HMS Surprise, famous from the motion picture 'Master and Commander,' and the barque Star of India, built in 1863.

For further experience, Svendsen joined the barque Eagle and became friends with Capt. Red Shannon, who mentored him. He sailed as first officer, then captain of Elissa, the state ship of Texas.

He also served as chief mate on the Bounty, which was built for the motion picture 'The Mutiny on the Bounty.'

Before joining Sea Cloud, Svendsen sailed around the world on the Norwegian ship Sørlandet for four years, and contributed to the establishment of the A+World Academy for future international leaders.

Sea Cloud was built 90 years ago at the Germania shipyard in Kiel for the heiress, philanthropist and General Foods owner Marjorie Merriweather Post. For more than 40 years, the luxurious vessel has sailed the world for Hamburg-based Sea Cloud Cruises.

'To feel the history of a ship, to experience the sea in such a special place and to contribute to keeping maritime traditions alive, these are the forces that drive me,' Svendsen said.

'The Sea Cloud has a history that has inspired generations to leave their homes behind and go to sea,' he added. 'Even after several years as first officer and now as captain, this unique ship, which is largely preserved in its original state, continues to impress me. Every time I see guests make a special memory on board, I continue to be inspired.'