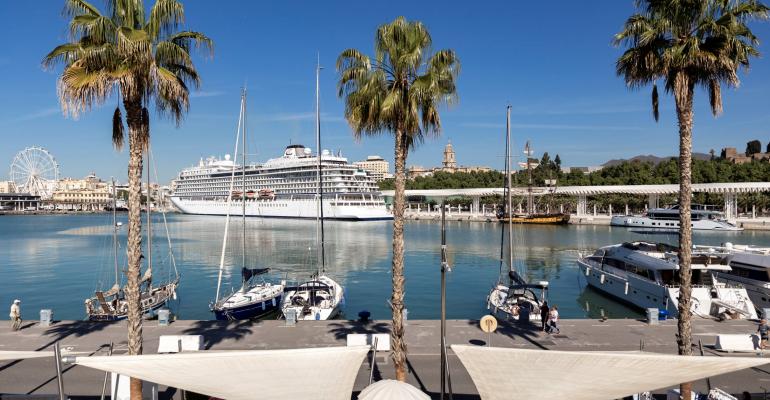 Calls started September 2 with AIDAstella, followed by AIDAperla on September 7 making the first call for over a year from a vessel sailing an international itinerary, and it is scheduled to return on September 21.

Borealis and World Navigator will be maiden calls.

The World is back

The World, a regular visitor to Málaga will return between September 27 and 29, spending two nights on a homeport operation.

Costa Cruises and MSC Cruises will also resume their visits in September, Costa Diadema on September 26, and MSC Virtuosa on September 24, carrying out transit and homeport operations.

During the latter stages of the month, Marella Explorer returns (on the 28th) Viking Ocean Cruises’ Viking Jupiter (on the 25th), and calls by Mein Schiff 2 and Mein Schiff 3 are scheduled September 21 and 24, respectively.

Health safety continues to be a priority with cruise lines maintaining strict protocols, approved by local health authorities and complemented by the actions carried out in the Port of Málaga and in the cruise terminals, managed by Málaga Cruise Port, as well as during visits to the destination.