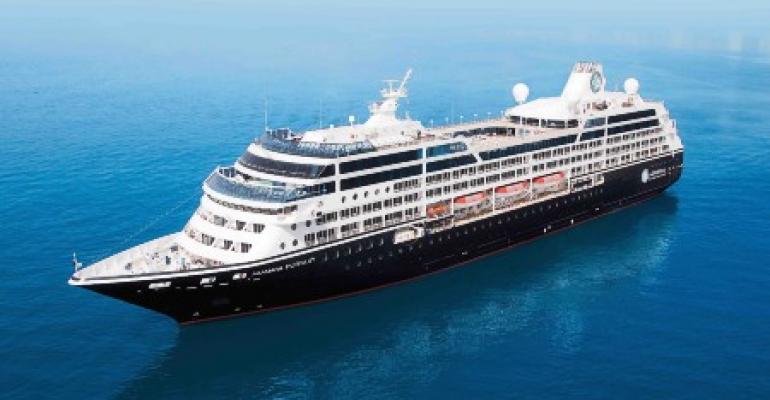 Azamara Pursuit will sail six South Africa voyages, five of them country-intensive itineraries
Azamara is charting a return to South Africa in the coming months as the country reopens to international cruising.

Azamara Pursuit will set sail from January to March on six back-to-back voyages — five of which are country-intensive itineraries — and will resume pre- and post-cruise land explorations with Micato Safaris, recently named the No. 1 World’s Best Safari Outfitter by Travel+Leisure for an unprecedented 10th time.

'A trip to Africa is a once-in-a-lifetime experience, the kind of travel Azamara is known for, which is why I am so pleased to confirm our guests are now welcome back to South Africa following the reopening of its ports to international cruising,' Azamara President Carol Cabezas said.

'Together with Carol Cabezas and her team, we have crafted a series of unique custom programs which showcase the very best of Southern Africa for Azamara’s discerning passengers,' Micato Safaris Managing Director Dennis Pinto said.

'Victoria Falls & Chobe Game Park Safari' takes participants through Zimbabwe to Botswana. They'll experience Victoria Falls, one of the Seven Natural Wonders of the World, then continue to Botswana for dawn and evening game drives through Chobe National Park.

The cruises themselves feature late-night and overnight port calls.

Two are 12-night golf voyages with partner PerryGolf. These will include five rounds, beginning with Humewood Golf Club, a true links course in Port Elizabeth which has hosted numerous PGA events and is one of South Africa’s top-rated golf clubs. Other notable clubs include East London, Zimbali, Durban Country Club and Pearl Valley.

Shore excursions, operated by Abercrombie & Kent’s cruise division, Akorn, include adventures like Thula Thula, one of the oldest private game reserves in KwaZulu-Natal.

On board, passengers will be treated to a District Six-themed cabaret show as part of Azamara’s Destination Celebration, a new program that brings the culture and heritage of the destination to life on board, with health and safety in mind.

South African international star Alistair Izobell and special guest Sasha Lee Davids will present an evening designed not only to entertain but to educate about Cape Town's District Six, once a thriving, multiracial cultural center that was bulldozed under apartheid.