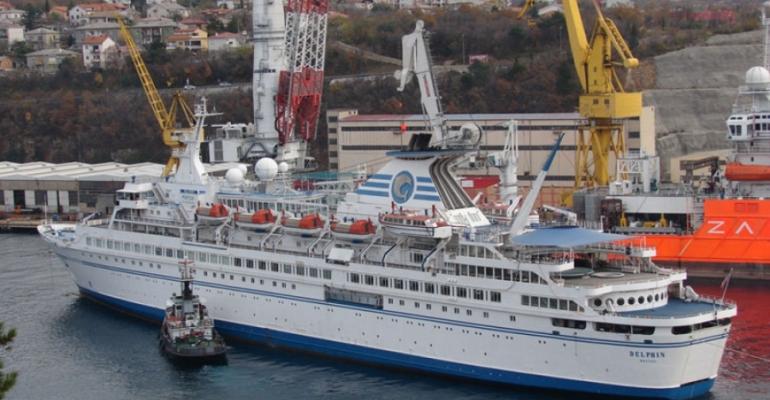 The upgrade of 1975-built Delphin—the ship taken over by German newcomer Passat Kreuzfahrten in early December—is under way at Viktor Lenac Shipyard in Rijeka, Croatia. The work includes extensive maintenance required for class renewal, the refurbishment of public areas and the addition of flat-screen televisions to all cabins.

Thirty-five former Delphin crew members have embarked the ship in Rijeka to support the upgrade. Another 200 crew are due to come on board in March, including many familiar faces who worked aboard other vessels or waited at home, hoping Delphin would resume operation, said Andreas Hey, md of Passat Kreuzfahrten and son of former Delphin Group owner Heinz-Herbert Hey.

Based on an agreement with ITF in Venice, Passat’s Indian principal shareholder is understood to have settled all outstanding crew wages from the 2010 season. According to Andreas Hey, this is why many workers decided to return to Delphin.

Following the upgrade at Viktor Lenac, the ship is to return to Venice in preparation for its 2012 summer itinerary. The first cruise is scheduled to depart from Venice on April 3 to Dubrovnik, Corfu, Gythion, Nauplia, various Aegean islands, Volos and Istanbul.

Passat Kreuzfahrten was established a couple of weeks ago, based in Hamburg with a branch office in Offenbach. The Hamburg headquarters is in charge of ship operation, hotel and catering, while sales and tour operations are managed from Offenbach. Following the launch of its website, Passat is now distributing its first catalog.