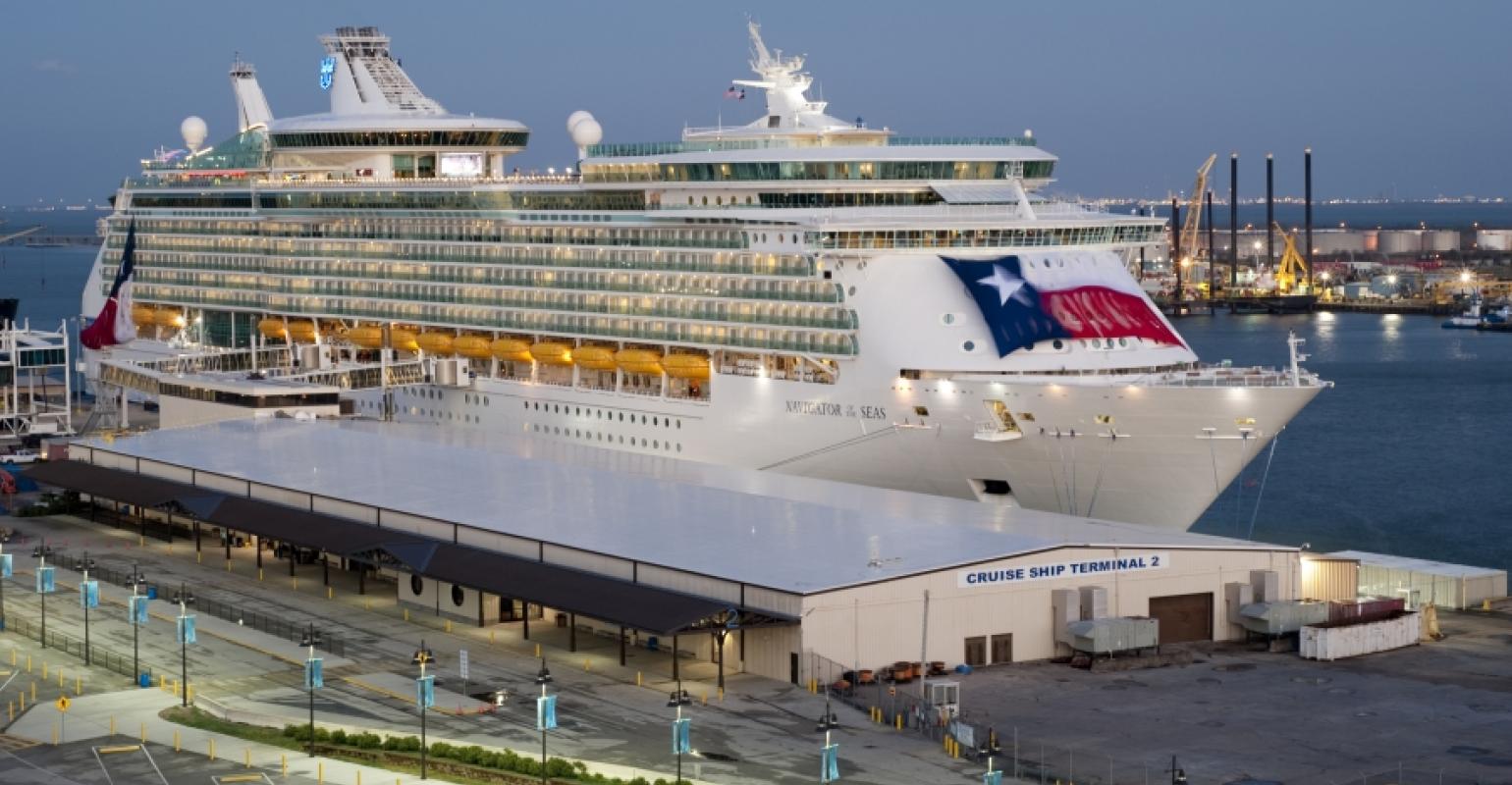 A Texas-style welcome for revitalized Navigator of the Seas

Massive Lone Star state flags draped Navigator of the Seas on its return to Galveston Wednesday following a 24-day docking at Grand Bahama Shipyard that included the installation of 'virtual balconies' to 81 inside staterooms. The vessel also added 81 new accommodations.

The virtual balconies are 80-inch, high-definition screens that project real-time images of the outside and pipe in sea sounds.

The first of the five Voyager-class ships to undergo revitalization, Navigator of the Seas also added 81 accommodations through a redesign of public spaces on Decks 2, 3 and 12. The Vitality Spa and Fitness Center, for example, is now enclosed by a variety of deluxe ocean-view with balcony and panoramic ocean-view rooms with floor-to-ceiling windows.

Unique to Navigator's revitalization is Sabor, for 'modern' Mexican dining at a $25 cover charge. Specialties include homemade guacamole and margaritas prepared tableside.

The 2002-built ship also gained a FlowRider surf simulator, a Diamond Lounge for Crown & Anchor Society members and Oasis-class restaurants such as Izumi for Japanese cuisine and Giovanni’s Table, a casual Italian trattoria. The Champagne Bar was reconfigured into the R Bar, with a retro, 1960s vibe. A Royal Babies Tots Nursery was installed, too.

Pervasive Wi-Fi, flat-screen televisions and digital signage were other additions.

Navigator of the Seas sails every Sunday from Galveston, year-round.