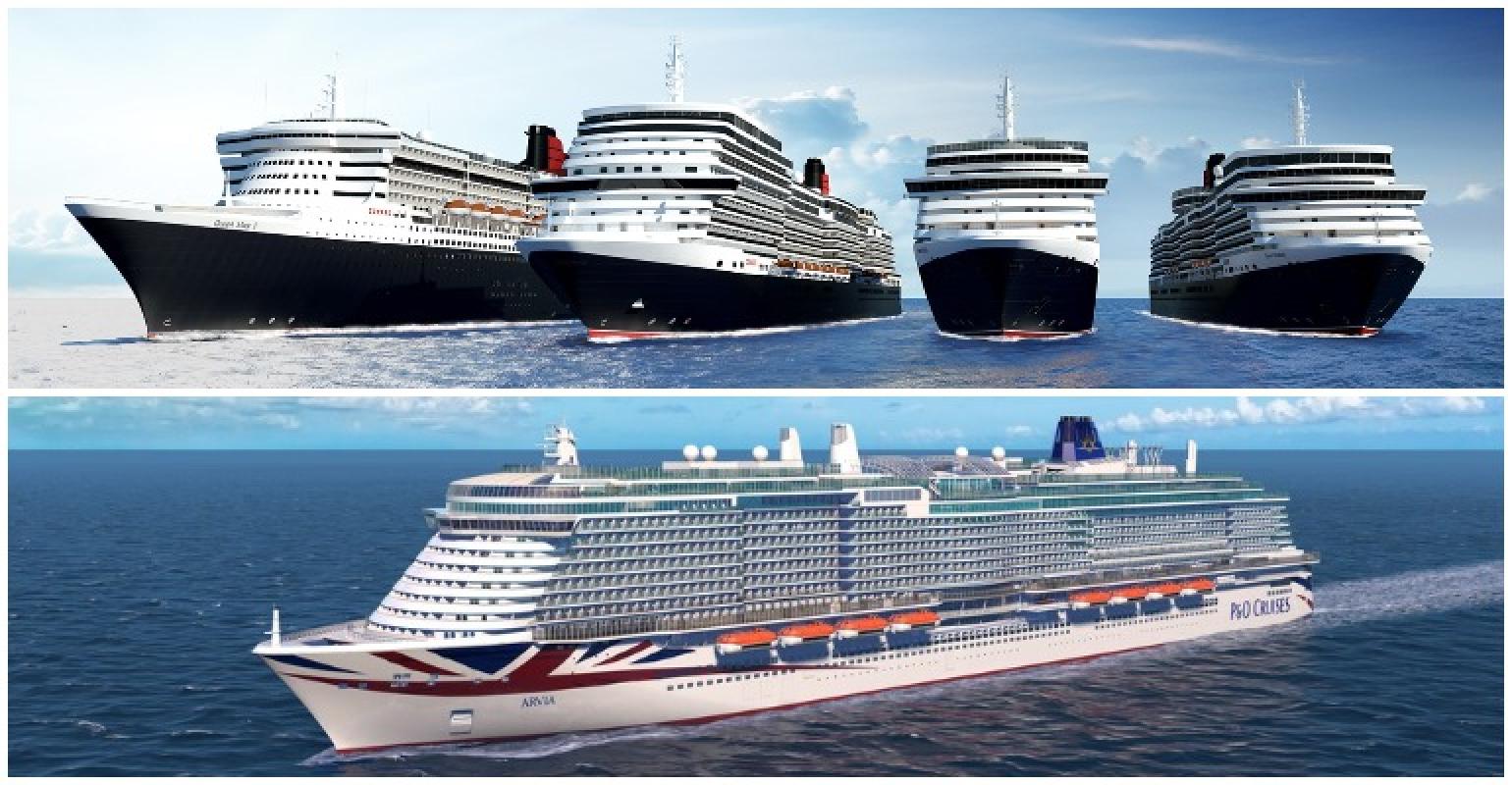 The contract applies to Cunard (top) and P&O Cruises' fleets, including new P&O vessel Arvia (bottom)
P&O Cruises and Cunard have signed a 2027 agreement with Harding, meaning the company will manage retail components for all ships across the two fleets.

The contract will span a five-year period and follows a 20-year working relationship between the three companies.

‘Working with one of the leading players in cruise retail to build a strong commercial and branded retail partnership – as we resume sailing and enter an exciting period of new ship launches for both our P&O Cruises and Cunard brands – is an important milestone,’ said Robert Palmer, vp on board revenue, Carnival UK.

He added, ‘Harding has shown its ability to retail at a branded and experiential level at sea… We look forward to continuing to work with the Harding team in the coming months and years.’

The Harding internal design team will continue to work in partnership with P&O Cruises and Cunard’s design teams and architects to design, manage and build retail environments.

The agreement covers P&O Cruises’ Ventura, Britannia, Arcadia, Aurora, Azura and new ship Iona, which will embark on its maiden voyage this summer. It also includes Arvia, which is due to join the P&O fleet in December next year.

Mulberry on board Iona

Harding will offer a mix of tax and duty-free product categories, including fine jewellery, watches and fashion for passengers based on the ship and its destination.

Harding says its design and brand choices have been influenced by a survey it conducted of 20,500 people.

Harding Managing Director James Prescott said, ‘This is a real milestone… We have worked closely with the senior teams based in Carnival House, Southampton, in a total trinity approach.

'I am delighted to confirm our partnership with Carnival UK across both P&O Cruises and Cunard.'