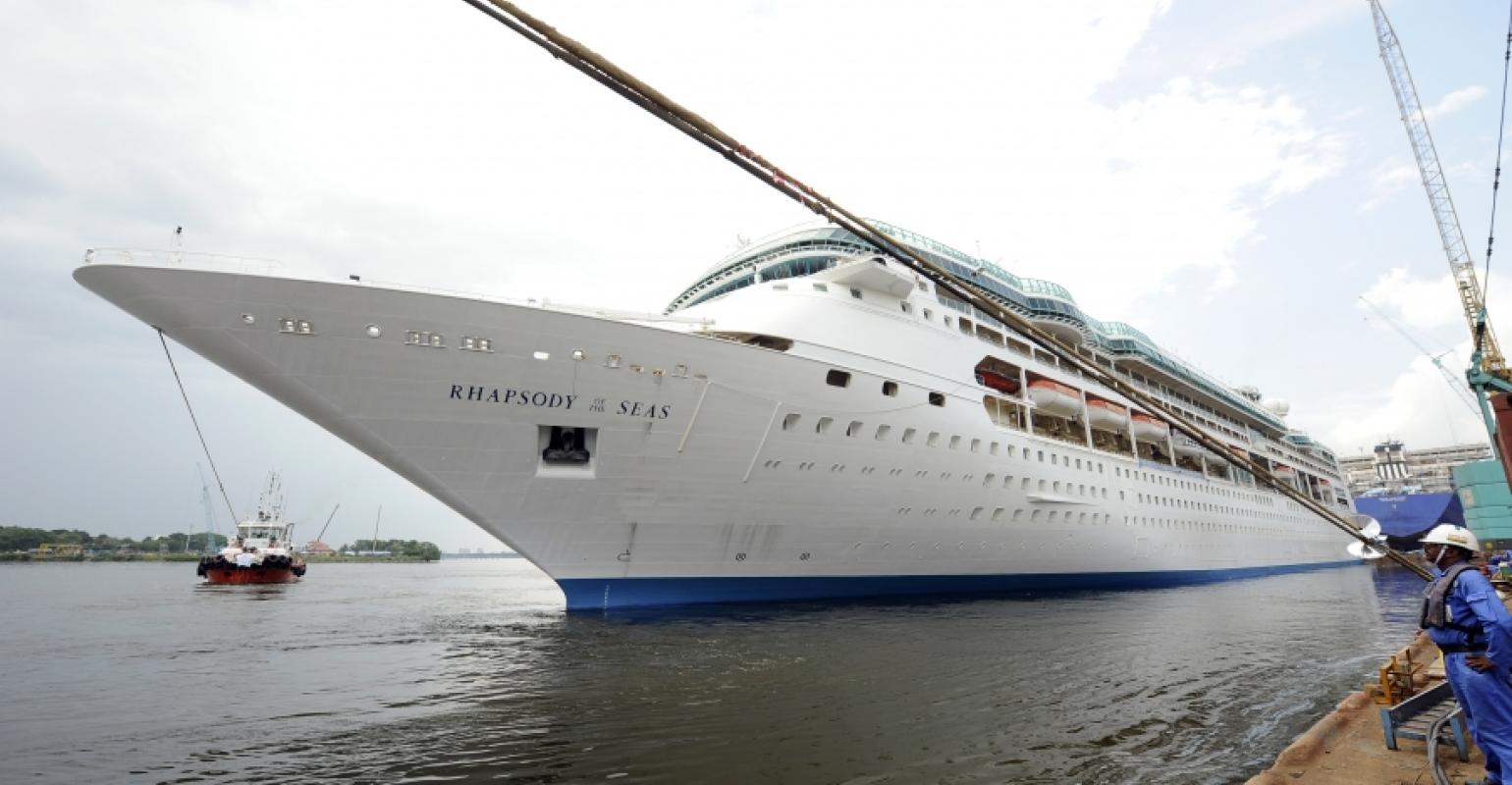 Revitalised Rhapsody of the Seas emerges from Sembawang

After a month-long $54m dry dock, the 1997-built Rhapsody of the Seas has emerged from Singapore’s Sembawang Shipyard as what Royal Caribbean International described as a virtually new ship.

Rhapsody of the Seas’ dry dock is part of the line’s Royal Advantage multi-vessel enhancement and revitalization strategy which entails a $300m investment through 2014.

A re-imagined Viking Crown Lounge features a new design concept and a menu. The updated Centrum will feature entertainment including aerial acrobatic spectacles, and the Centrum Champagne Bar is transformed into the R Bar, with a 1960s vibe. Shipwide Wi-Fi and a digital way-finding system were added, too.

Rhapsody of the Seas will embark on a 15-night voyage from Singapore to Sydney, Australia. From there, she will sail across the Pacific via Hawaii to her Alaska season in May.

In Alaska, Rhapsody of the Seas will sail every Friday on round-trip cruises from Seattle.