Carnival Luminosa arrives, lit up with ‘We Love Queensland’ 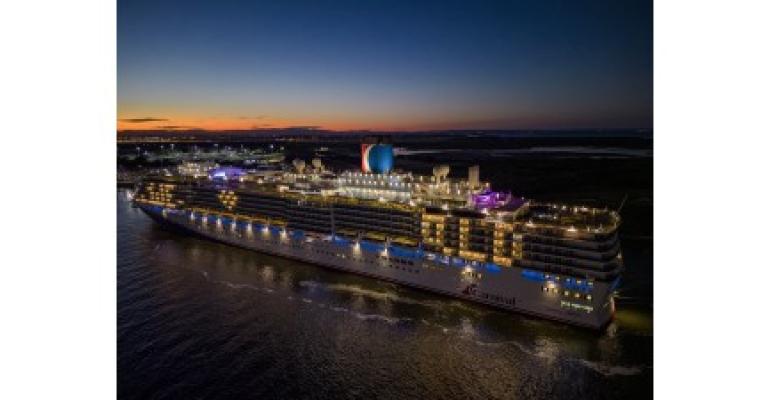 Carnival Luminosa made a spectacular arrival at the Brisbane International Cruise Terminal Sunday night with 61 windows lit up to read ‘We Love Queensland.’

The former Costa Cruises’ Costa Luminosa has replaced Carnival Spirit, which was permanently home-ported in Australia in October 2012, and was redeployed to Jacksonville, Florida, in March.

As previously reported, Carnival Splendor, which was home-ported in Australia in December 2019, returned to Sydney on September 30 after an absence of almost a thousand days.

The 2,826-passenger Carnival Luminosa, with Carnival Cruise Line crew, will be the first Carnival ship to sail from Brisbane when she commences a programme of 28 sailings from November 6 until April 2023.

She will visit 60 ports around Australia, New Zealand and the South Pacific and is expected to inject around A$165m into the Queensland economy this year.

‘Having a Brisbane-based ship has been a goal of ours for quite some time,’ Glamore said.

Carnival Luminosa will reposition to Seattle from May 2023, before returning to Queensland later in the year.