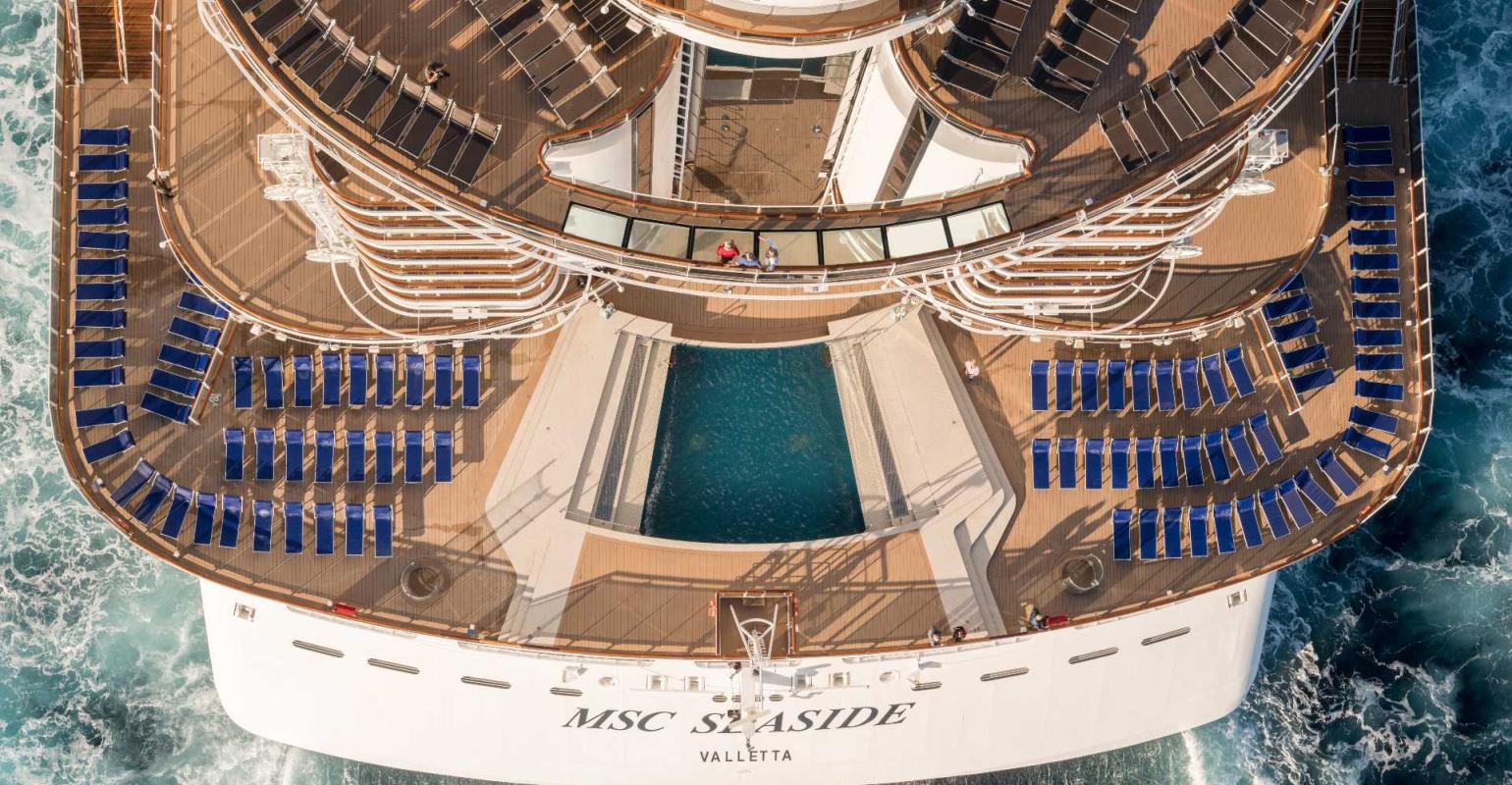 MSC Seaside had been scheduled to sail from Port Canaveral
MSC Seaside will join MSC Grandiosa in the Mediterranean from May 1 on a new itinerary, and MSC Cruises pushed back start dates for some regions.

MSC Seaside — which had been planned to sail from Port Canaveral this winter and then to leave for Europe at the end of March — will sail seven-night cruises calling Genoa, Valletta in Malta and Civitavecchia (Rome) with two new ports, Siracusa in Sicily and Taranto in Puglia.

MSC Grandiosa’s current itinerary will be extended through to the end of May with the ship calling at Genoa, Civitavecchia, Naples, Palermo and Valletta.

MSC Seaside and MSC Grandiosa itineraries are currently available to residents of Schengen countries and Bulgaria, Croatia and Romania.

As a result of certain ports across Europe not being open to cruise ships, MSC Cruises canceled all other itineraries in the Western Mediterranean in April and May, with sailings to resume there in June.

Eastern Mediterranean cruises are cancelled for April, with sailings to resume in May.

In Northern Europe, all April sailings are canceled.

In the Caribbean, all cruises are canceled through May 31.