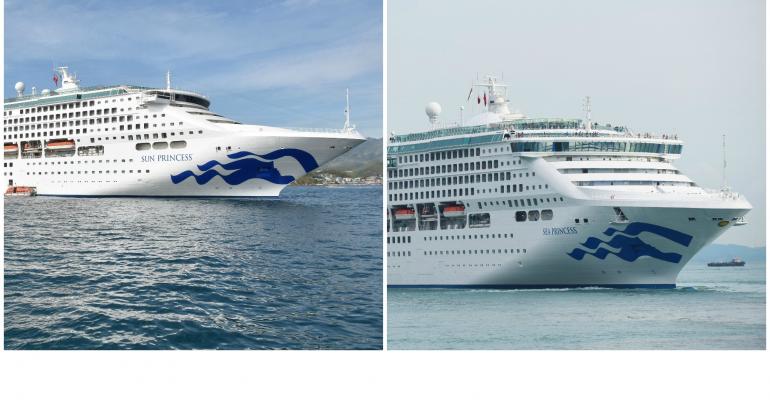 Sun Princess, left, was among the world's largest cruise ships when it debuted in 1995. Sea Princess, right, followed in 1997

Sun Princess and Sea Princess have been sold, with Sun Princess going to Japan's Peace Boat, according to a broker.