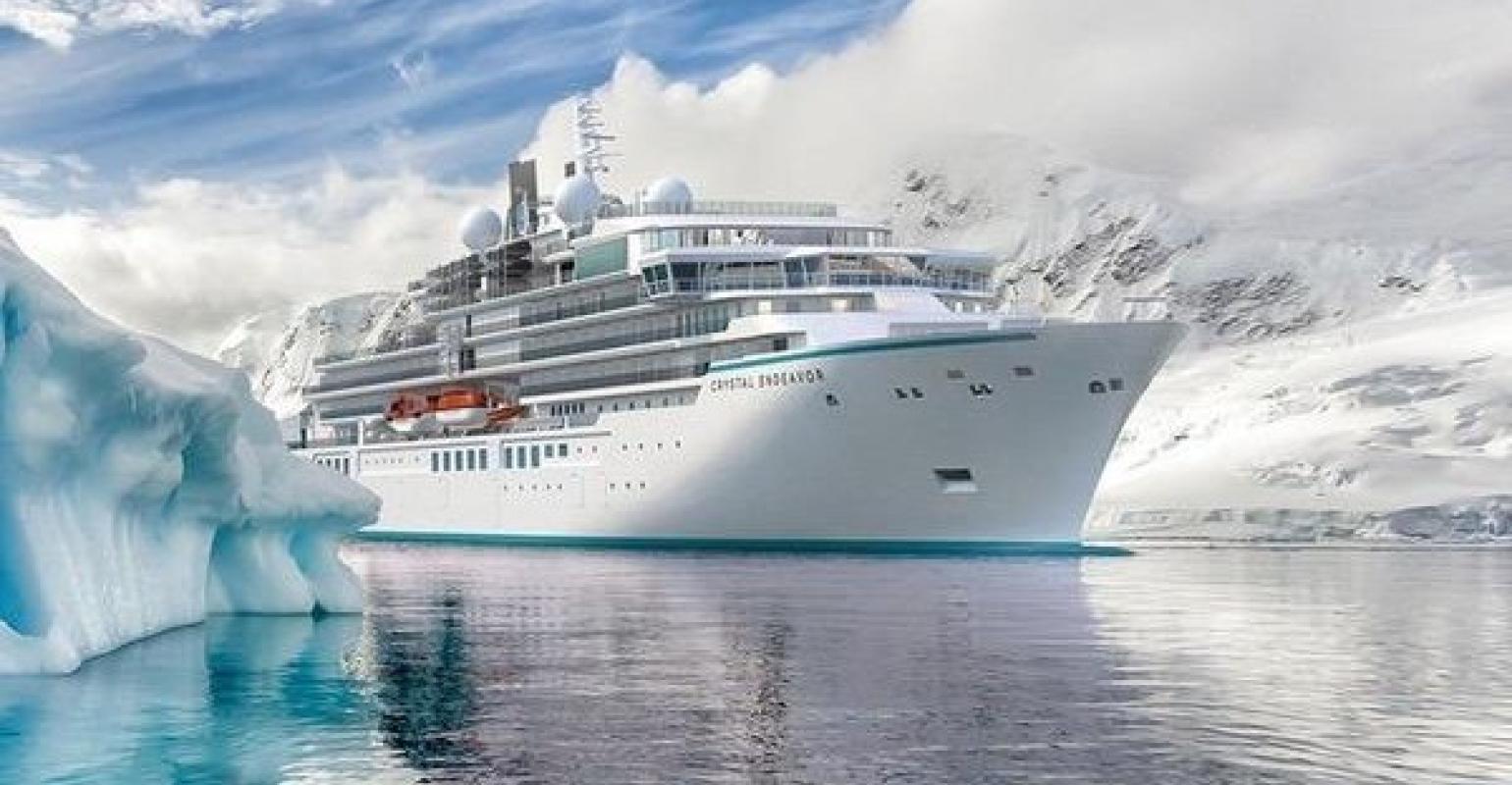 These select voyages of 11 to 19 nights depart round-trip from Ushuaia, Argentina, December through February.

'It is a privilege to join with the California Ocean Alliance in its critical research to inform and promote conservation and management of our oceans and the health and survival of marine mammals,' said Walter Barinaga, director, Crystal Destination Experiences and the You Care, We Care Crystal Voluntourism Adventures program.

Crystal’s new partnership with COA expands on its wildlife conservation efforts, including its partnership with ORCA, a leading marine conservation organization dedicated to the protection of whales, dolphins and porpoises. In 2019, wildlife experts from ORCA traveled on Crystal Symphony in Alaska to train the bridge crew in the protocol for collecting scientific data about the animals’ behavior and treated passengers to hours of whale watching.

ORCA wildlife experts will join Crystal Endeavor for three expeditions in April and May 2022, including a 13-night cruise to Africa, Spain and Portugal, a 14-night voyage into the heart of Seville and Bordeaux and a 14-night exploration of the British Isles.

ORCA experts and COA researchers and scientists will join Crystal Endeavor’s slate of expedition experts such as biologists, marine biologists, naturalists, historians, ornithologists, geologist, ecologists and others (depending on the itinerary) who will offer insights into the local environments, wildlife, landmarks, traditions and cultures visited.

MSC Cruises' US-based crew get first vaccinations at PortMiami
May 08, 2021