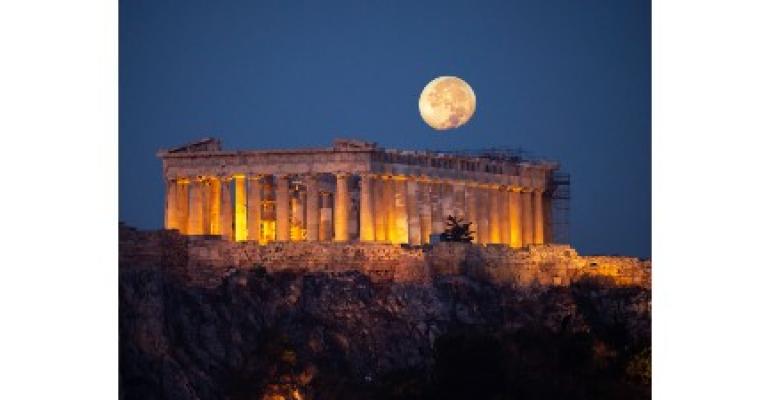 A&K reports strong interest in the Mediterranean. A series of cruises next fall can be combined into one 28-day Grand Mediterranean Voyage. Here, the Acropolis in Athens

Abercrombie & Kent is expanding its luxury expedition cruises for 2023-24 to all seven continents including four new itineraries in Europe, Africa and across the South Pacific.

Destinations include Antarctica and the Arctic, the Northwest Passage, Japan, Australia’s Kimberley region, Scandinavia and the Baltic Sea, Italy, Greece and Indonesia.

While expedition-style cruising has long attracted intrepid travelers in search of adventure in the most remote corners of the world, the appeal has grown to include culturally-curious travelers interested in exploring less-frequented coastal regions.

'More than ever before, travelers are looking for immersive experiences — whether alongside a marine biologist in the Arctic, an Aboriginal culture expert in Western Australia or a former NASA astronaut in the most remote regions of the Pacific,' said A&K's Bob Simpson, VP expedition cruising. 'Our expedition cruises are designed around engaging cultural exchanges, surprising wildlife encounters and once-in-a-lifetime experiences, led by the most accomplished scientists and native cultural experts from the communities we visit.”

Experiences in culture-rich ports range from a private performance at a Greek theater in Syros to a foodie tour in Brittany and a visit to the historic dwellings in the limestone hills of UNESCO-designated Matera in southern Italy.

A&K designs active adventures that immerse travelers in the natural landscape. When exploring glacier-clad Antarctica or the rugged Kimberley coast of Australia, Zodiac excursions are piloted by A&K naturalists. Travelers can choose from scenic hilltop hikes or easy walks along the beach to photograph penguins. In warmer climes where UNESCO-designated marine wonderlands are the star — such as French Polynesia, the coast of Tanzania and the Seychelles — travelers may snorkel to experience the rich marine environments.

Among A&K's new programs is 'Cruising the Seychelles & Coastal Tanzania' to discover the coral reefs and culture of East Africa, beginning in Zanzibar with its rich history and spice markets, and the UNESCO-designated ruins of Kilwa Kisiwani, followed by underwater adventures in the Seychelles. The Aldabra Atoll is a UNESCO World Heritage site bursting with endemic birds and wildlife. This 14-day program concludes at Mahe.

Strong interest in the Mediterranean

'We have seen such strong interest in the Mediterranean this year — our Greece cruise quickly filled up — that we’ve planned a series of cruises next fall that can seamlessly be combined into one 28-day Grand Mediterranean Voyage,' Simpson said. It begins with a cruise along nearly the entire navigable coast of Italy, continues with the new Adriatic voyage to Croatia and Montenegro and then ends with Greece and lesser-known gems, including Patmos, Delos and Syros.

A&K charters a small expedition ship for each itinerary: Le Jacques Cartier in Africa, Le Lyrial in Antarctica, Le Boréal in the Arctic and French Polynesia, Le Champlain in the British Isles and Baltic Sea, Le Bougainville in the Mediterranean, Le Lapérouse in Australia and the South Pacific and Le Soléal in Japan.

A&K limits capacity to approximately 80%. Most cultural journeys allow no more than 148, with no more than 10 passengers aboard a Zodiac and 25 on any cultural shore excursion.

Travelers must be fully vaccinated for COVID-19.