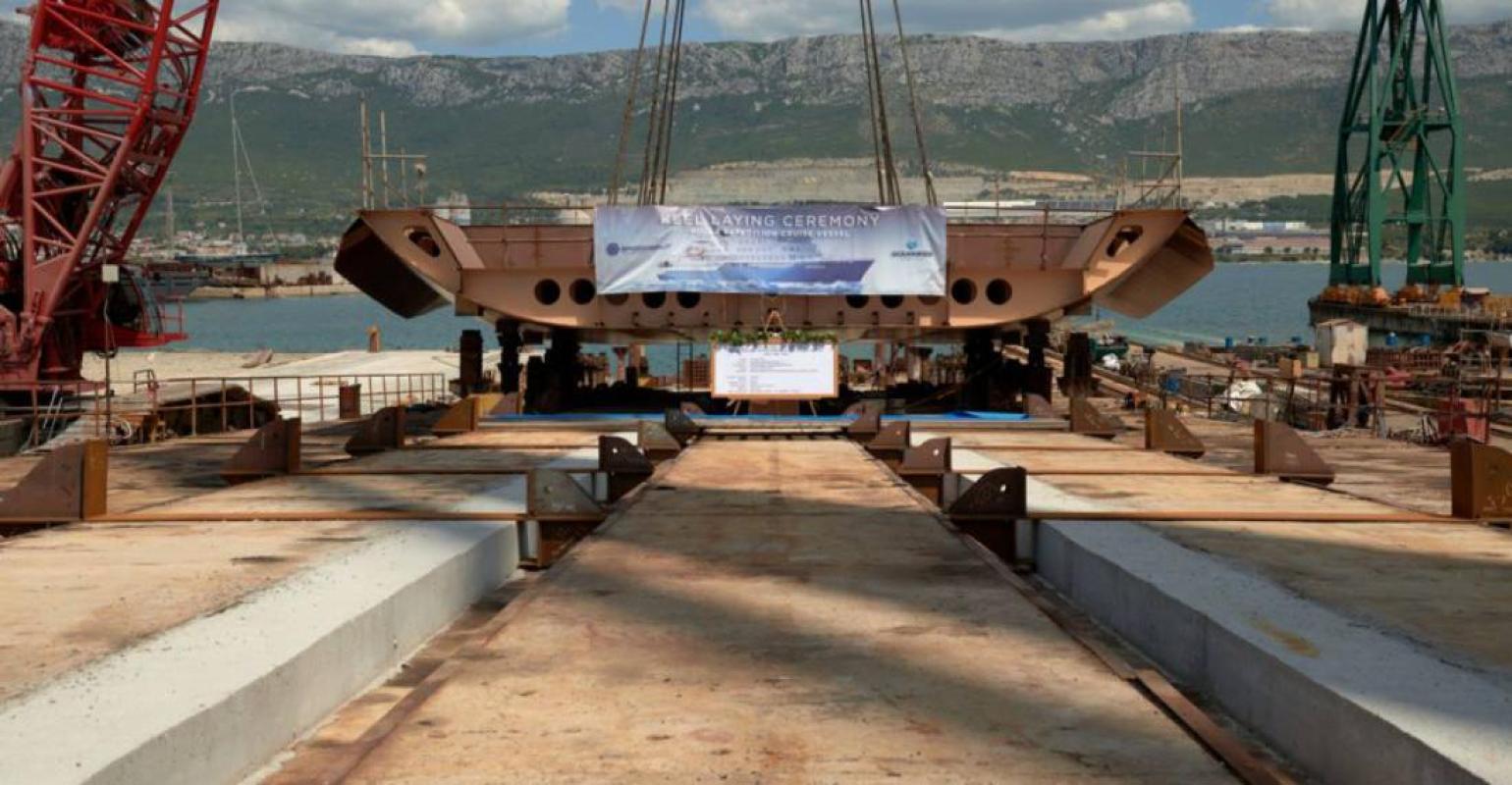 The vessel is due to debut in summer 2021

Founder and shareholder of Oceanwide Expeditions, Wijnand van Gessel and the company’s COO, Mark van der Hulst were amongst Oceanwide and Brodosplit staff who attended the keel-laying ceremony.

Janssonius will begin its voyage during the 2021 Antarctic season.

Designed in the same fashion as Oceanwide Expeditions’ Hondius, the new ship will have a 170-passenger capacity across 80 cabins and a crew of 72, including hotel staff and expedition guides.