Crystal Endeavor's Saturday naming at MV Werften to be livestreamed 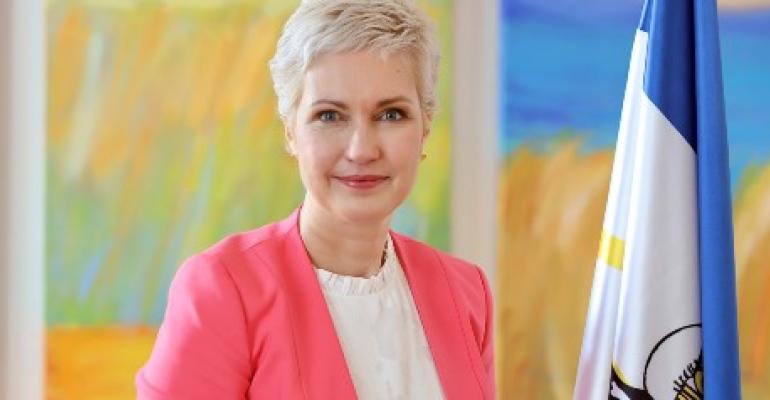 Crystal's first purpose-built expedition ship will be named at MV Werften's Stralsund facility in festivities to be livestreamed on the Crystal Cruises Facebook page beginning at 10:30 a.m. CET/4:30 a.m. EDT. The recorded ceremony will be posted on the Facebook page.

'We are pleased to announce Prime Minister Manuela Schwesig as godmother for Crystal Endeavor, our unparalleled and bold new expedition yacht, proudly "Made in Germany" and precision engineered to launch a new standard in global travel,' Crystal President Jack Anderson said.

'The construction of this magnificent expedition yacht could not have been accomplished without the commitment and support of the German government and Prime Minister Schwesig, for both MV Werften and this unique project.'

In early June, MV Werften which, like Crystal, is owned by Genting Hong Kong, received a loan commitment from Germany's Economic Stabilization Fund to enable the completion of Crystal Endeavor and Global Dream. This was also a key element in the $2.6bn restructuring of Genting Hong Kong.

Schwesig is the first woman to serve as head of government for Mecklenburg-Western Pomerania, the state where Crystal Endeavor was built and a region with a tradition of shipbuilding stretching back to the Hanseatic League. A champion of human rights, women’s rights and youth advocacy, Schwesig was also the youngest cabinet member in Angela Merkel’s third cabinet and is a member of numerous boards and civic groups including serving as a Trustee for Plan International, a humanitarian organization working in more than 70 countries.

The 20,200gt, 200-passenger Crystal Endeavor is built to Polar Class 6. It is scheduled to enter service July 17 with a series of Iceland circumnavigations.