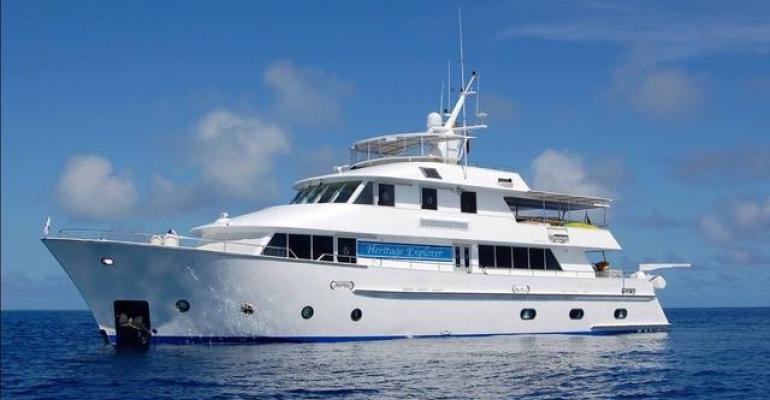 As reported here, Heritage Expeditions’ flagship Spirit of Enderby (Russian icebreaker Professor Khromov) was granted an exemption by the New Zealand government to restart cruising in the country. She commenced a Southern Ocean season with an ‘Unseen Fiordland and Stewart Island’ cruise from Bluff on November 24.

‘Operating a Kiwis-only summer season has shown us that New Zealanders are as passionate as ever about exploring our amazing backyard and Heritage Explorer will offer a more accessible and intimate variation of our traditional voyages,’ said Aaron Russ, director and expedition leader.

Russ said new itineraries and destinations are being finalised while Heritage Explorer is being prepared for her maiden voyage.

He said upcoming itineraries will include the Hauraki Gulf, Bay of Islands, Stewart Island and Fiordland.