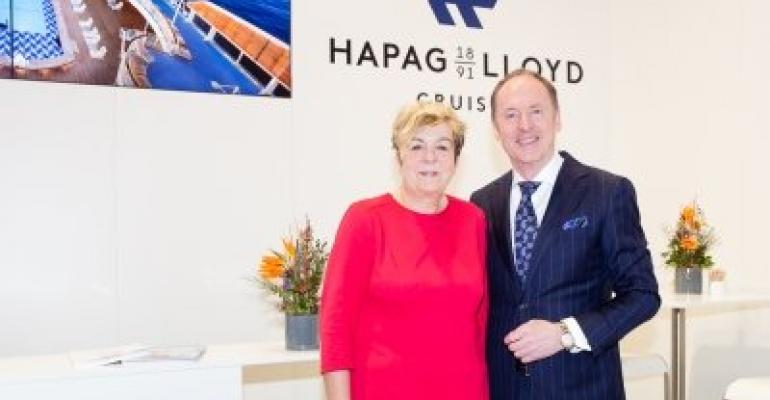 The festivities at Altona Cruise Centre included 200 company employees. Hanseatic Nature was scheduled to depart on its maiden voyage today.

Karl J. Pojer, chairman of Hapag-Lloyd Cruises, characterised Hanseatic Nature's godmother as an expedition cruise expert who has shaped the success of this business segment through her passion and longtime experience.

Susset said she was honoured to be the godmother for a ship that she'd been involved with from the first concepts to the inauguration.

Hanseatic Nature's maiden voyage will be under the command of Thilo Natke, one of Hapag-Lloyd Cruises' most experienced masters.

Masters appointed for other expedition ships

Meanwhile, the company announced the captains for its second expedition-class newbuild, Hanseatic Inspiration. Roman Obrist, a Swiss citizen who has been captain of the Bremen and Hanseatic, will return to Hapag-Lloyd Cruises to take command, together with Ulf Wolter.

At the same time, Hapag-Lloyd promoted one of its senior officers, Dolf Jenckel, currently Europa's staff captain, to become the master of Bremen, sailing i,n turns with his colleague, Ulf Sodemann. Jenckel started his career with Hapag-Lloyd on board Hanseatic where he was navigation officer, safety officer and, ultimately staff captain. He also was involved with the construction of Europa 2.