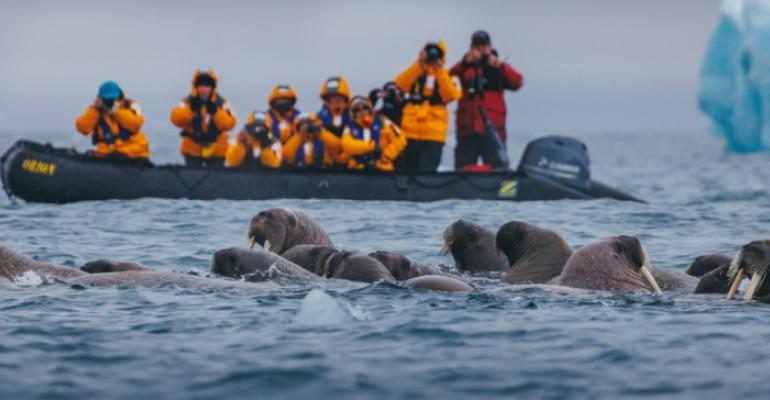 In September 2019, Quark Expeditions undertook a reconnaissance voyage to explore the Russian High Arctic
Quark Expeditions is completing preparations to take passengers to the remote Russian archipelago of Severnaya Zemlya.

Dominated by glaciers and polar desert, the hard-to-reach archipelago, located off Siberia's Taymyr Peninsula in the Kara Sea, was discovered in 1913 and remained virtually unexplored until it was charted in the early 1930s.

In September 2019, Quark Expeditions undertook a reconnaissance voyage to explore Severnaya Zemlya and the surrounding region and lay the groundwork for the upcoming expeditions. ‘We sent four experienced expedition team members on a 30-day voyage with Captain Nicolay Litau, one of Russia's foremost polar explorers, on the expedition yacht Apostol Andrey, to scout out the best landing sites and the unique landmarks that we hope will maximize our guests' experience in this magical land.’

Two Russian specialists - Victor Boyarsky head of the Polar Commission of the Russian Geographical Society and scientist Victor Serov - will join the voyages and share their first-hand expertise.