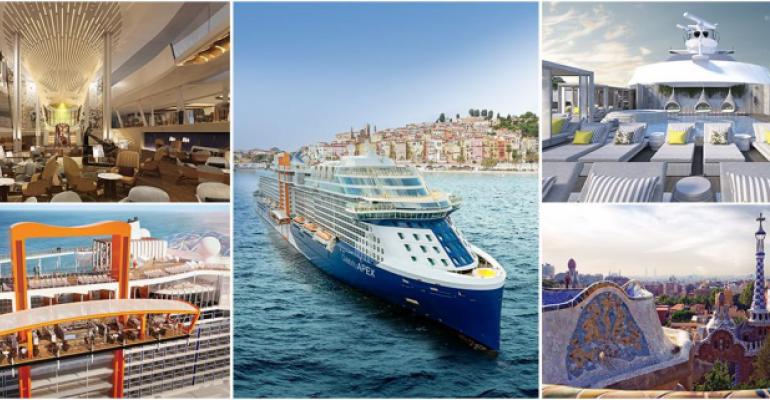 Celebrity Apex will debut in Southampton with a mini season of five sailings to destinations including the Norwegian Fjords and the northern coasts of Spain and Portugal. A new 10-night 'Capital Cities Cruise' includes visits to Amsterdam, Copenhagen, Oslo and Paris.

After this Northern Europe mini season, Celebrity Apex will spend the rest of its inaugural summer on seven- to 12-night cruises in the Mediterranean, with visits to cities like Lisbon, Istanbul, Monte Carlo and Cannes.

Celebrity Apex is among six Celebrity vessels in Europe next year, including sister ship Celebrity Edge, and Celebrity Silhouette and Celebrity Constellation, both refreshed in 'Celebrity Revolution' upgrades.

As earlier reported, a new port for the line is Trieste, Italy, and Celebrity will operate its first mini season of sailings from Lisbon that include overnight stays in the city.

Country-immersive sailings are also being introduced focused on Italy and Greece. As well, 2020 marks Celebrity's return to Istanbul and Kusadasi, and to Oslo. Overnight stays will be available in Oslo, Dublin and Reykjavik, among 48 overnight port calls in Europe.