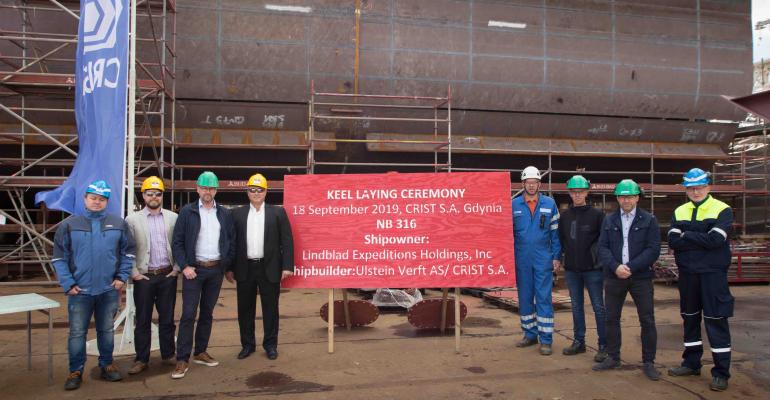 Lindblad Expeditions Holdings and Ulstein Group celebrated the keel-laying of Lindblad’s second polar newbuild at the CRIST shipyard in Gdynia, Poland. It was the first time the vessel’s name was revealed.

National Geographic Resolution honors Capt. James Cook, the legendary explorer who was the first to circumnavigate Antarctica, cross the Antarctic Circle and the first European to reach Hawaii. While he served as the master of several ships, his favorite was the Resolution.

Scheduled for delivery in the fourth quarter of 2021, the vessel is the sister of National Geographic Endurance, which is scheduled to make its inaugural voyage in April 2020.

During the ceremony a commemorative silver coin was welded into the ship. It is a Hawaii Sesquicentennial half dollar, struck in 1928 by the United States Bureau of the Mint in honor of the 150th anniversary of Cook's landing in Hawaii. This rare vintage coin is owned by Lindblad CEO Sven Lindblad and depicts Capt. Cook on the obverse and a Hawaiian chieftain on the reverse.