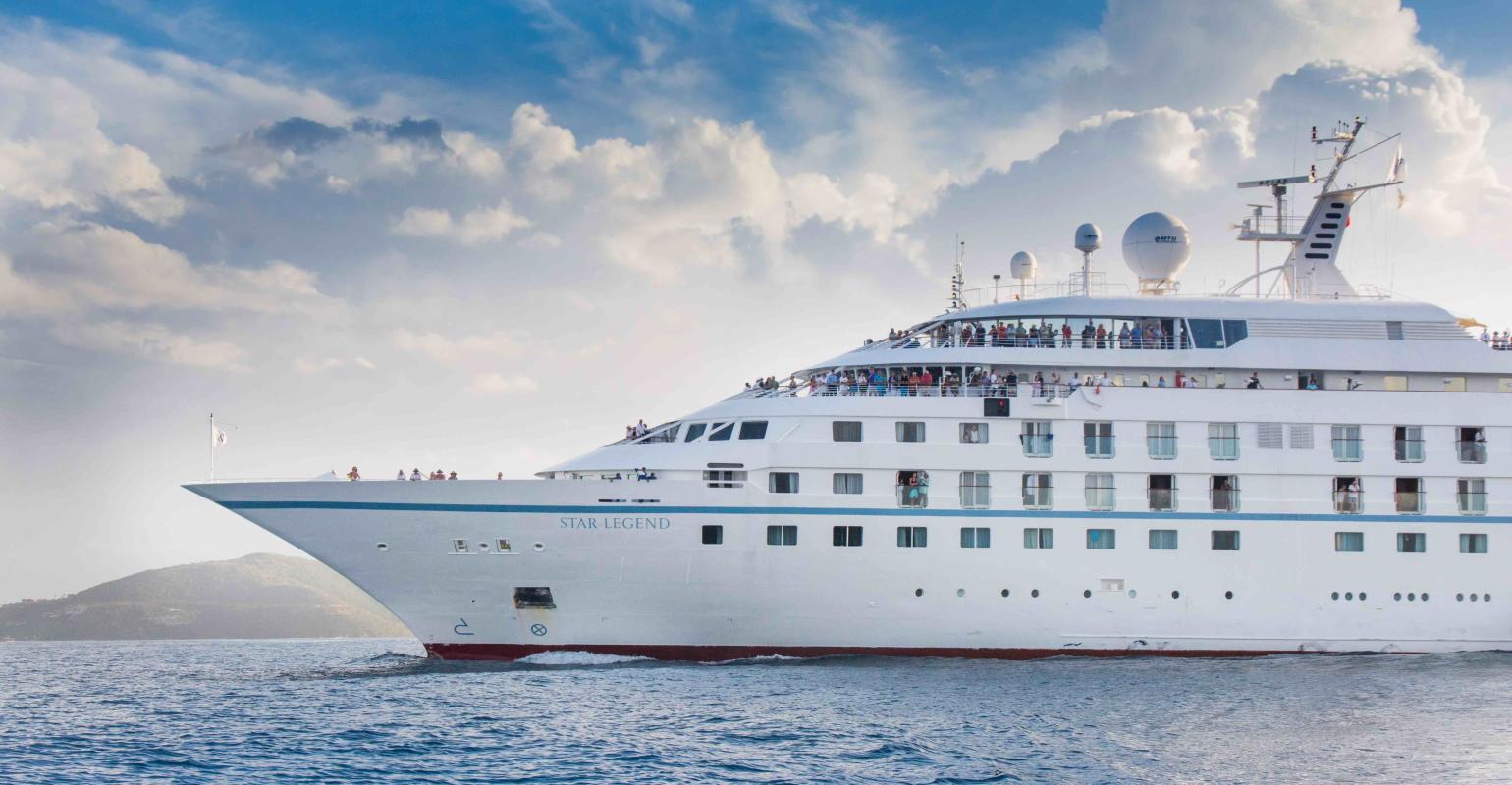 Star Legend was making Windstar Cruises' first call to Vieques on Sunday when the shooting occurred
A local man died and a Windstar Cruises crew member was injured in a shooting on the Puerto Rican island of Vieques Sunday morning.

Passengers away on tour

Shots were fired in the vicinity of Star Legend’s tender landing, with a stray bullet hitting a security supervisor who was on duty in the landing control area.

Passengers were not present since they had already left on tour, Windstar President John Delaney told Seatrade Cruise News, although one guest reported seeing shooting or at least hearing gunfire.

Crewman treated and released from hospital

A bullet passed through the left leg of the crewman, a Filipino, 53. He was treated by Vieques paramedics then transported on a Vieques Airlink to the Rio Piedras Medical Center in San Juan. The man was released late Sunday and is resting comfortably in a San Juan hotel, accompanied by another crew member.

‘He’s expected to make a full recovery. He’s in very good spirits,’ said Delaney, who spoke with the crewman by phone. Windstar is going to fly him home to the Philippines, and he is expected to be able to return to work in three weeks.

It was Windstar’s first-ever call in Vieques, a small island that lies about eight miles east of the Puerto Rican mainland and has a population of fewer than 10,000. Star Legend is operating a San Juan-based butterfly itinerary that was due to visit Vieques every two weeks.

Sister ship Star Pride is scheduled to visit Thursday but ‘we’re canceling that call and all calls through at least the end of the month to allow us to complete a thorough safety assessment,’ Delaney said.

According to news reports, homicides have been on the rise in Vieques. Media said a nearby policeman responded to Sunday's gunfire, which took the life of a 28-year-old local man. An official government statement said the suspect fled in a vehicle that was later found burned.

Gov. Wanda Vazquéz Garced instructed security agencies to mobilize the necessary resources, in coordination with federal authorities, to address criminality in Vieques that affects both residents and visitors.

Criminality hurts the economy, has a negative effect on cruise lines’ decisions to visit and damages Puerto Rico’s reputation, the governor said.

Puerto Rico Tourism Co. Executive Director Carla Campos called for a redoubling of efforts to fight criminal activity, through coordinated management between the state, municipalities and citizens. ‘To continue betting on tourism to spearhead our economic development, we must establish security as a priority throughout the island, including our tourist areas and activities,’ Campos said.