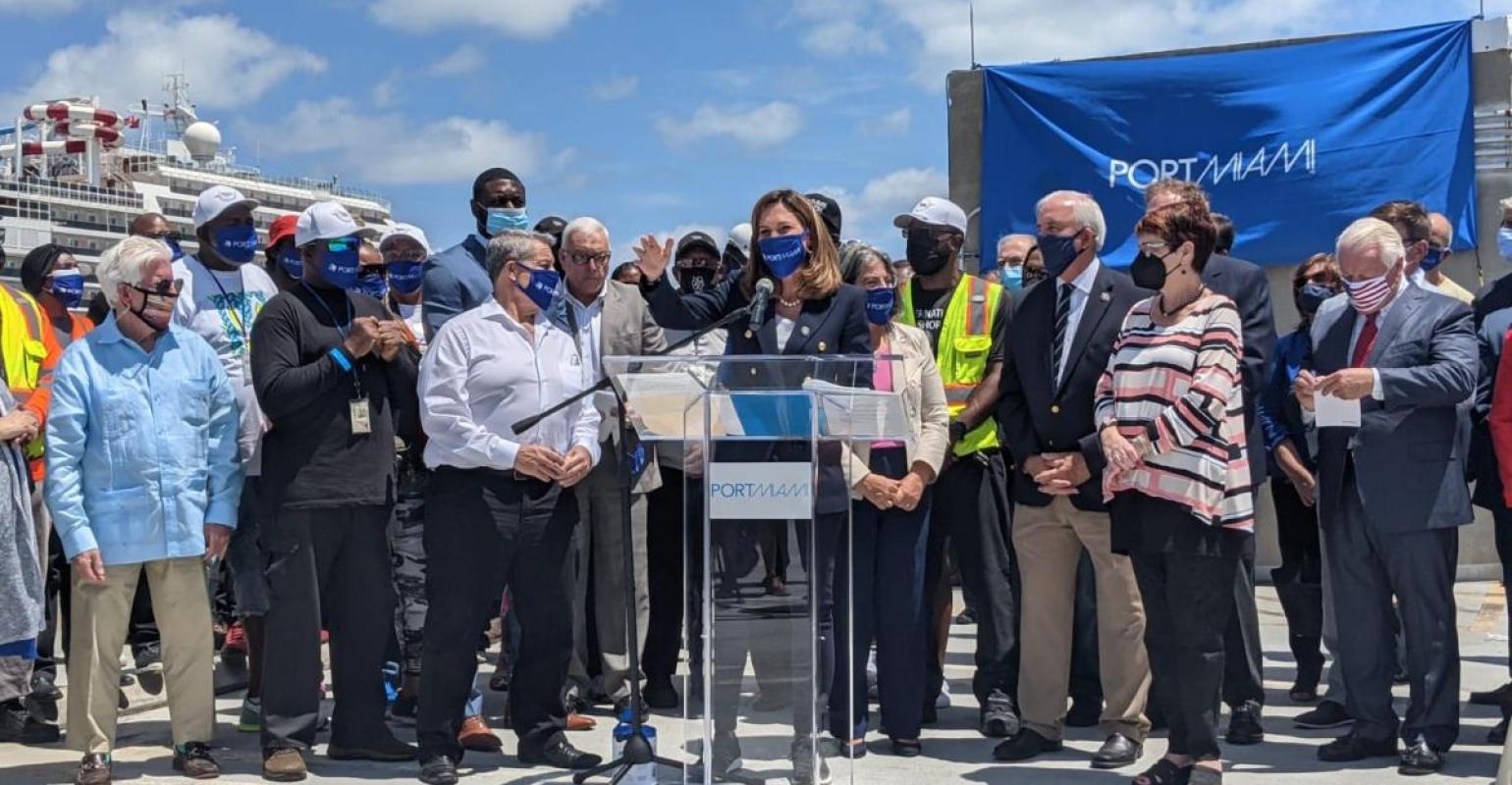 Rep. Maria Elvira Salazar addresses a PortMiami gathering in support of cruising's resumption
As expected, members of the House of the Representatives introduced a bill to revoke the Centers for Disease Control and Prevention's conditional sailing order and resume safe cruising from the US by July.

Reps. María Elvira Salazar of Florida and Don Young of Alaska, joined by 11 other congressmen, all Republicans, in sponsoring the Careful Resumption Under Improved Safety Enhancements (CRUISE) Act.

This follows similar legislation introduced last week in the Senate by Rick Scott of Florida, Dan Sullivan of Alaska and Marco Rubio of Florida, all Republicans.

Salazar, who represents the 27th District encompassing Miami and PortMiami, said suspension in US cruise departures has resulted in the loss of $5.64bn to Florida’s economy, 91,450 jobs and $4.44bn in wages, adding that the ripple effects of these losses are being felt across the nation.

'Welcoming over 5 million passengers and $9 billion dollars directly into our economy each year, Miami is the cruise capital of the world and it is time to start sailing again. I am proud to join my Senate colleagues and lead this fight in the House so that our ships can return to sea, our longshoremen can return to port and Americans can start cruising again,' Salazar said. 'This legislation will fix the CDC’s arbitrary guidelines and give clarity and fairness to the industry that creates hundreds of thousands of jobs throughout Miami’s entire tourism economy.'

Another Alaska season at risk

'Every day that passes without the lifting of CDC’s conditional sailing order is one day closer to the loss of the 2021 Alaska cruise season,' Young added. 'No federal agency should have the ability to deprive Alaskans and their businesses the opportunity to earn a living for over 31 months. I am very proud to support the introduction of the CRUISE Act, which will finally force the CDC to issue concrete cruise guidance and implement a plan for cruises to set sail safely.'