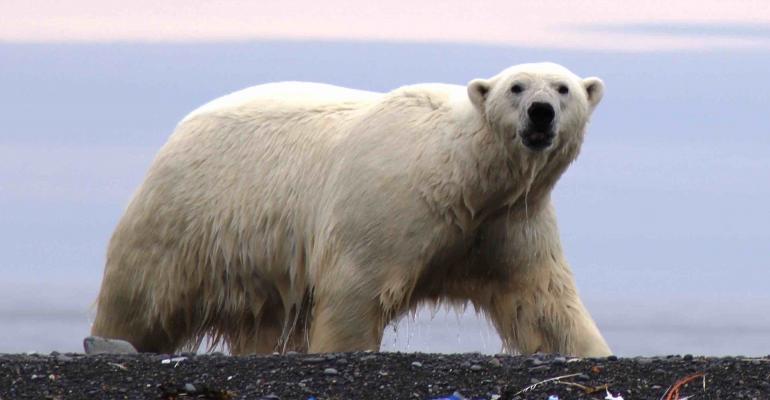 Polar bear on a littered beach

Armed with 2.43m Norwegian kroner ($308,000) in funding, United Nations backing and thousands of volunteers, the Association of Arctic Expedition Cruise Operators is taking on the massive environmental challenge of marine plastic pollution.

As part of the UN Environment Clean Seas campaign, AECO will work to drastically cut back on single-use plastics on Arctic expedition cruise vessels, as well as enhance cruise passengers' involvement in regular beach cleanups.

Svalbard Environmental Protection Fund has recently decided to support AECO's efforts with 1.8m kroner. Earlier this month, the association was granted 634,000 kroner from the Norwegian Environmental Directorate to enhance ongoing efforts to facilitate beach cleanups in Svalbard by expedition cruise passengers and crew.

AECO’s decision to initiate this project was sparked by a letter from UN Environment executive director Erik Solheim inviting the association to join the #CleanSeas initiative, a UN-led campaign to combat marine plastic pollution. AECO is also working with International Association of Antarctica Tour Operators on this project, as many of the planned measures may be applied to expedition cruise ships in Antarctica as well as the Arctic.

AECO to hire an environmental agent

Members of AECO have been involved in beach cleanings in the Arctic for nearly two decades, and their efforts have not gone unnoticed. Having secured external funding, AECO will step up the association’s environmental efforts by hiring an environmental agent. The new team member will be responsible for AECO’s involvement in the Clean Seas Campaign, as well as coordinate beach cleaning efforts. Focus areas will be education, developing and sharing best practices, as well as logistics around beach cleanups.

AECO executive director Frigg Jørgensen said the funding will make it possible for the expedition cruise industry to make a big contribution in the fight to combat marine plastic litter. One of AECO’s contributions to the Clean Seas Campaign will be to take actions to reduce the use of disposable plastic products.

'Clean oceans is an issue that our members are extremely passionate about. For years, the Arctic expedition cruise industry has involved thousands of passengers in volunteering to pick up garbage when they go on landings. As part of this new project, we will examine the whole value chain to reduce the risk of plastic finding its way to into our oceans in the first place,' Jørgensen said.

'Our members would like to be part of the solution, and that involves finding alternatives to disposable plastic products on their ships.'

Jørgensen added the expedition cruise industry would like to set an example of how tourism can contribute to sustainable development.

'We have just signed a memorandum of understanding with UN Environment to formalize our cooperation. The plan is to work with the UN Clean Seas Campaign to develop information material targeted at staff and passengers. Our ambition is to change people’s attitude towards disposable plastics,' she said. 'We want to show people that there are good alternatives to things like plastic straws and plastic packaging. It’s not too late to tackle the issue of plastic marine debris, but we have to act now.'