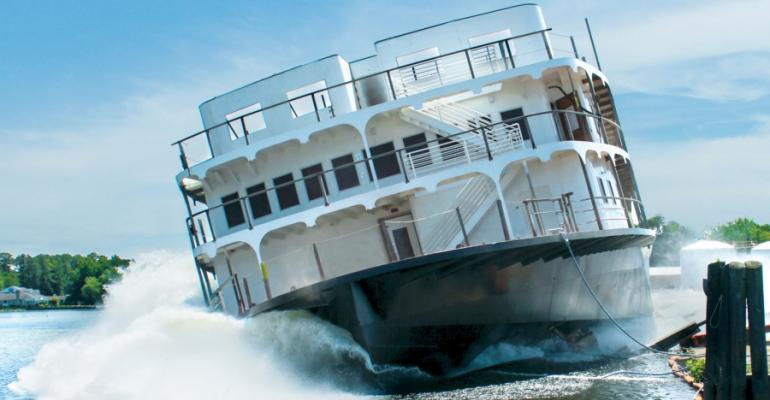 A successful launch. Next up: completion of the upper decks and outfitting

American Cruise Lines launched a paddlewheeler being built for the Mississippi River at Chesapeake Shipbuilding in Salisbury, Md.

The vessel was launched into the Wicomico River, where tugboats nudged it into Chesapeake Shipbuilding’s East Outfitting Basin where the upper decks and outfitting will be completed.

The launch came a few weeks after the joining of the two hull sections, each weighing almost 600 tons.

The new boat, still unnamed, will have capacity for 150 passengers and is scheduled to begin navigating the Mississippi and its tributaries in spring 2015.