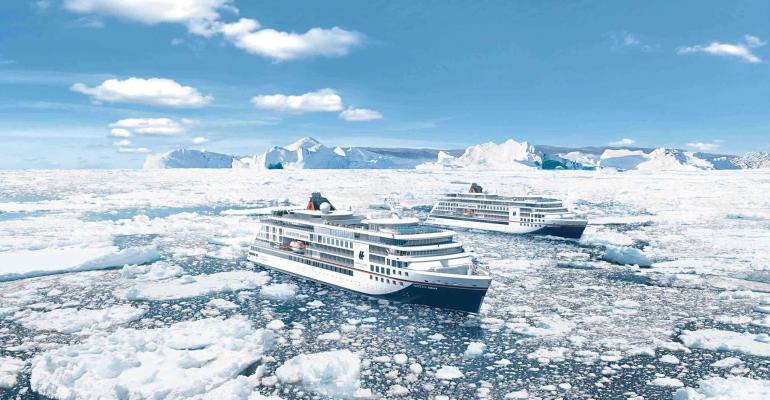 Hapag-Lloyd Cruises will be putting two ships into service next year, with Hanseatic Nature being named in Hamburg and Hanseatic Inspiration in Antwerp
Hapag-Lloyd Cruises will hold the naming ceremony for its second expedition newbuild, Hanseatic Inspiration, in Antwerp. While several river-cruise vessels have been christened there, this marks the first ocean-going cruise ship naming for the Belgian port.

The festivities are set for Oct. 13, 2019, with the maiden voyage to Tenerife to depart the following day.

Pojer said the company is delighted to be celebrating the launch of its ship against the 'beautiful backdrop' of Antwerp, adding: 'We have enjoyed many years of excellent collaboration with all of the city’s representatives and our choice of location for the ceremony demonstrates our deep connection with Antwerp. It also underlines our growth strategy for the international market.'

Kennis thanked Hapag-Lloyd Cruises for the 'years of trust and confidence that the company has shown in the city.'

The line will be putting two ships into service next year. Recently it was announced the naming ceremony for Hanseatic Nature will be held in Hamburg on April 12, 2019.

The pair of sister ships feature cutting-edge technology and have the highest ice class for passenger vessels, Polar Class 6. Their routes will take the ships from one extreme to the other—from cold polar waters to the warm reaches of the Amazon.

Hanseatic Inspiration's 15-day maiden voyage to Tenerife will call at Honfleur, Guernsey, numerous destinations on the Iberian Peninsula, at Morocco and Madeira.