AQSC closes on Victory deal, plus expedition charter lies ahead 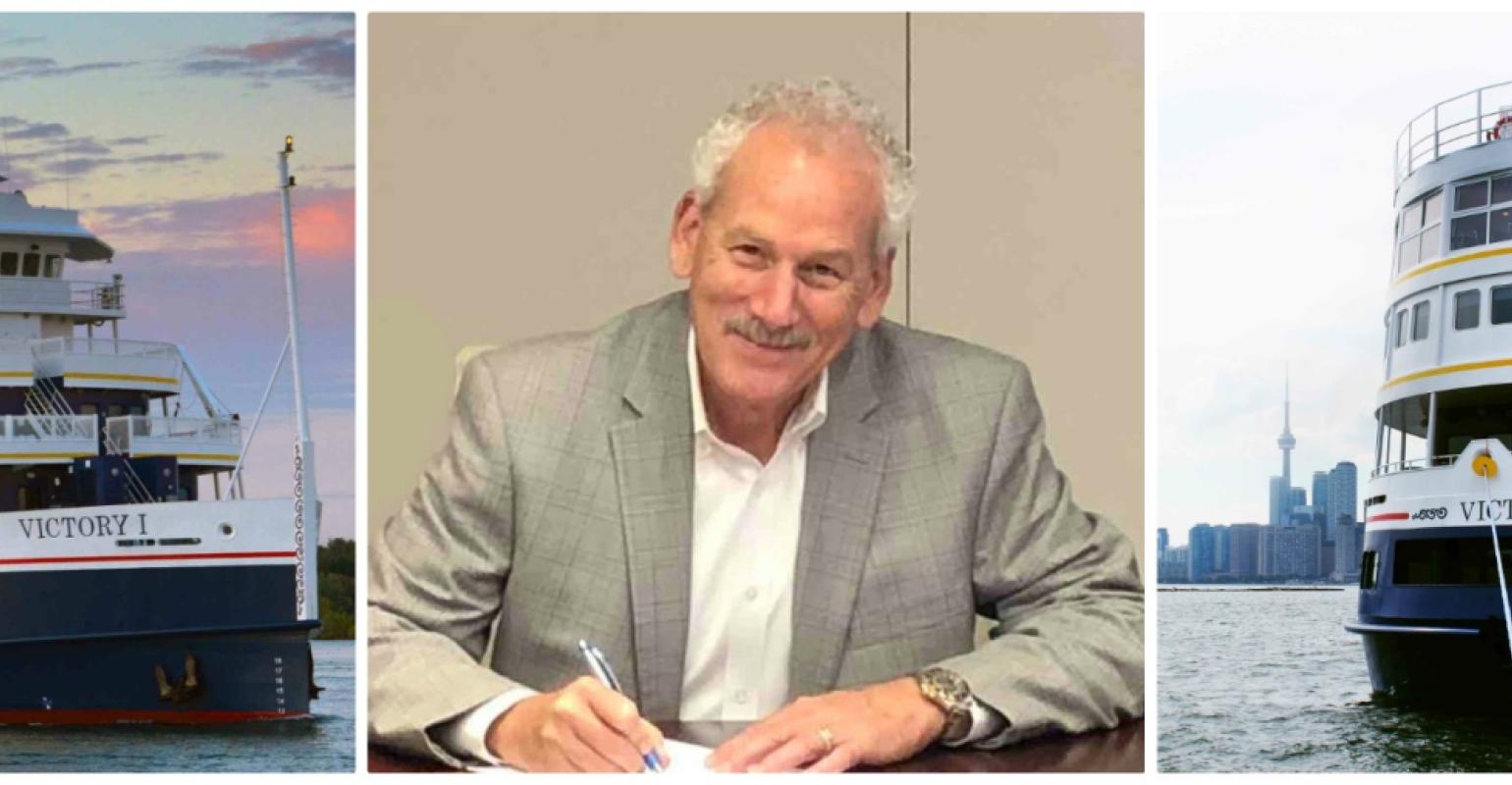 John Waggoner 'very excited' about acquisition of Victory I and Victory II, vessels he had pursued going back many years
American Queen Steamboat Co. finalized the purchase of sister vessels Victory I and Victory II and the Victory Cruise Lines brand from Miami's SunStone Ships. The price was not disclosed but a $3m refurbishment is planned before Great Lakes service begins in the spring.

Branching beyond the rivers

With this, AQSC—operator of three boats with a fourth, American Countess, on the way—branches beyond the rivers. And, as chairman and CEO John Waggoner indicated, the company is likely to expand further into polar expedition cruising with the part-year charter of Ocean Victory, one of SunStone's newbuilds in China.

'We're very excited,' Waggoner said of the Victory acquisition. 'It was a pretty quick closing, 60 days from the time we signed the letter of intent to the closing. We already knew the boats.'

Built as the US-flag Cape May Light and Cape Cod Light, they had been repossessed by the US Maritime Administration and were the first overnight cruise vessels Waggoner tried to buy, years ago, well before taking on the American Queen steamboat to launch AQSC in 2011.

The 5,000gt ships are currently flagged in the Bahamas. Before Victory they sailed as Saint Laurent for the short-lived Haimark Line and as Sea Discoverer.

The 202-passenger pair are set to operate from May through October on 10-day, all-inclusive Great Lakes voyages, a region Waggoner knows well thanks to various ferry operations by his HMS Global Maritime, the parent of AQSC and, now, Victory.

But first comes $3m of work at Gulf Island in Houma, Louisiana. Victory I's stern area will be enclosed, like Victory II, to provide an alternative dining spot. The vessels will gain new mattresses and high-thread-count linens, fresh wallpaper, china and silver. The dining programs will be upgraded. Waggoner said the Victory pair have been well-maintained; there's no need for technical work.

The Great Lakes season is already 50% booked. A good deal of business is coming from AQSC partners like AAA, Go Next and Road Scholar. Approximately half of the sales are charters. Waggoner expects the bulk of the balance will be FIT business from loyal AQSC customers seeking something new.

Deployment beyond the Great Lakes is still being assessed. This year, the vessels will have some New England and Eastern Seaboard sailings, and likely three Mexico voyages in November and December before going into winter layup in Houma.

Under former chairman Bruce Nierenberg, the Victory vessels were planned to operate winters in Cuba and on a new Yucatán Peninsula cruise and land program. Waggoner said the governor of Campeche has already visited him, and three itineraries are under consideration—Miami to Key West, the Yucatán and Cancún, then round-trip Cancún and, finally, a cruise from Cancún to the Yucatán, Key West and ending in New Orleans. Unlike Nierenberg's plan, there wouldn't be a land hotel element.

As for Cuba, 'We haven't ruled it out,' Waggoner said. But with just four ports on a full circumnavigation, he's not sure the experience is optimal, and other lines already offer it. Better for Victory to stand out with something unique like the Yucatán, he thinks. And, since the vessels are shallow draft, they can access ports there that others can't.

'The Great Lakes will be our bread and butter,' as Waggoner put it, with the 2020 season already planned. The Victory vessels' Bahamas registry is an issue, so that requires itineraries touching a foreign port. The company will seek a Jones Act exemption to reflag. This requires congressional approval and is expected to be a two-year process.

AQSC's Memphis office was closed, so now everybody is consolidated in New Albany.

As earlier reported, Ted Sykes, president and COO of AQSC, stepped down at the end of 2018 after six years. 'Ted is an awesome guy,' Waggoner said, but he'd been commuting from his Chicago home for years and decided it was time to let someone else take over.

For now, Waggoner—who had focused on operations, while Sykes honed in on sales, marketing and public relations—is going to be more out front, interacting with the media, customers and crew, which he enjoys.

'That doesn't mean at some point I won't hire a president,' he said.

Building a fleet of expedition ships in China for charter to various operators, SunStone has chartered Ocean Victory, coming in 2020, to Victory in the (northern) summers and Albatros Expeditions during austral summers in Antarctica.

Waggoner's team is in the process of making plans for that ship. Considering he was educated as a marine biologist before getting into commercial shipping, Waggoner is 'very, very, very interested in expedition cruising.'