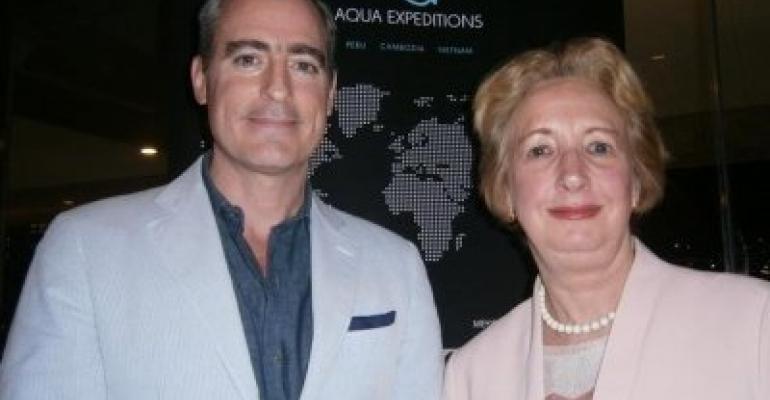 Aqua Expeditions was started in 2007 by Francesco Galli Zugaro, a former VP of marketing and sales for Ocean Adventures, that operated cruises around the Galápagos Islands.

Now he is expanding into Indonesia with the former Royal Navy brig-sloop HMS Beagle that he bought from an Italian family who were using it as a private yacht.

Extensively refurbished and renamed Aqua Blu, it will have 15 individually designed sea-facing suites, a sun deck, indoor lounge and bar, outdoor Jacuzzi, spa and top-of-the-line non-motorised watersports equipment such as diving and snorkelling gear, kayaks and stand-up paddleboards. It will also be equipped with two high-powered tenders for sea excursions.

Around 1.18m Australians went to Indonesia last year, with most heading for Bali and this is the market Galli Zugaro is going after.

‘Bali is the backyard of Australia,’ he told Seatrade Cruise News, ‘and there is so much more to experience in Indonesia.

‘Australia is currently the fourth largest source market for Aqua Expeditions, after the United States, South America and the UK, but I believe our Indonesian itineraries could push it up to No. 1.’

To this end he has appointed a dedicated national business development manager for Australia, Jodie Weeks.