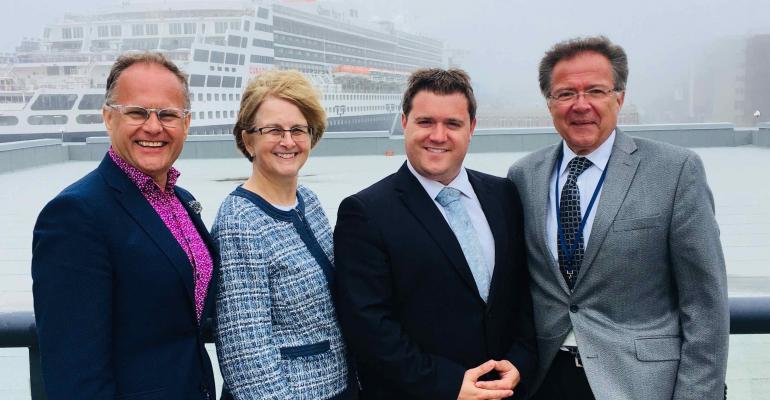 'It's really great news and means we can build on our success,' Brian Webb, the association's executive director, told Seatrade Cruise News.

'In addition to boosting our summer and shoulder season numbers, the association has been trying to increase niche and expedition cruises in the region,' added Cathy McGrail, chair, Atlantic Canada Cruise Association. 'We’re already seeing an increase in the number of smaller cruise lines visiting rural, niche ports in Atlantic Canada.' In 2018, several of the smaller ports will be hosting lines such as Pearl Seas Cruises, Hurtigruten, One Ocean, Silversea and Noble Caledonia.

In announcing the funding, ACOA said the government of Canada and the four Atlantic provinces support the Atlantic Canada Cruise Association and its work to promote Atlantic Canada as a preferred cruise destination and to achieve maximum cruise capacity in the region during the spring, summer and fall.

Parks Canada, the provincial tourism departments, partnership ports and cruise ship interests in each of the four Atlantic provinces are providing the remaining balance of funding to help the association continue its traditional marketing activities and step up its social media efforts.

The marketing investment builds on commitments made by the government of Canada and the Atlantic provinces to drive economic growth in the region through the Atlantic Growth Strategy by helping the tourism industry attract more visitors and create new jobs. This approach is in line with Canada’s Tourism Vision, which seeks to make Canada a Top 10 global tourism destination by 2025.

Last year was the best ever for tourism in Canada, which welcomed a record 20.8m international visitors. The tourism industry is an important economic driver with one in 10 jobs in Canada associated with the visitor economy. ACOA said that investing in tourism projects in both big cities and small towns throughout Atlantic Canada is essential to growing this important economic sector for Canadians.