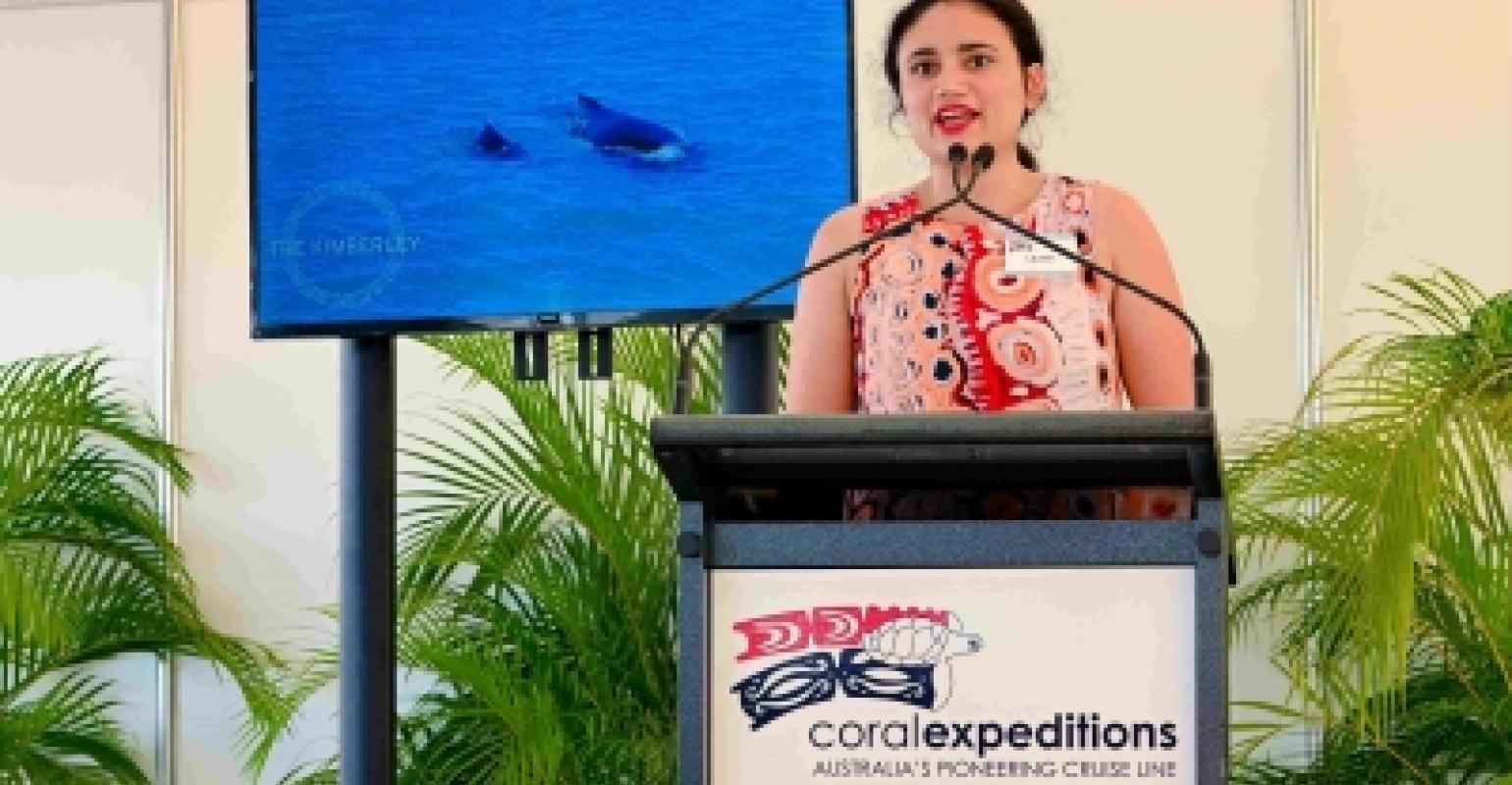 The 120-passenger state-of-the-art world expedition ship had made an 18-night maiden voyage to Darwin from Singapore where she was christened on April 24.

She is now making her second maiden voyage — Wildlife and Warriors — through West Papua and Indonesian islands and, as previously reported, will operate a five-month Kimberley season when she returns to Darwin.

A welcome function for Coral Adventurer was held in Darwin, headlined by the Northern Territory Minister for Tourism, Lauren Moss.

Moss said Coral Adventurer’s home-porting in Darwin will provide a major injection into the local economy. She also said that Darwin is an ever-growing popular cruise ship port, given its location and close proximity to Asia.

She reiterated that Darwin is ‘open for cruise ship business’ and will continue to put out the welcome mat to all cruise lines.

Coral Expeditions has also announced that the name of the new vessel it has ordered from the Vard Vung Tau shipyard in Vietnam is Coral Geographer.

A sister ship to Coral Adventurer, she is due to arrive in January 2021.