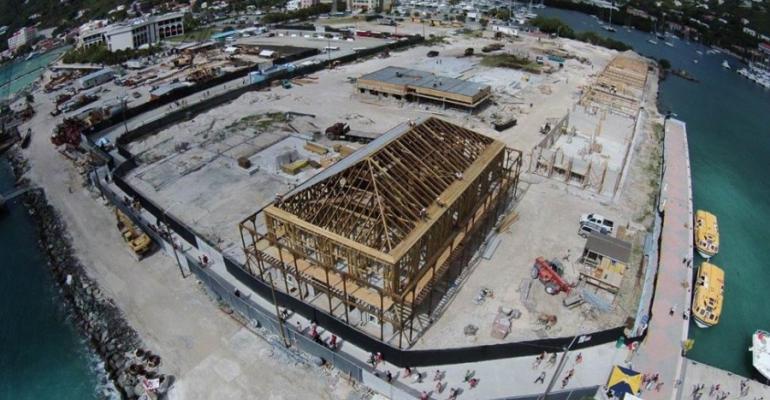 'The cruise pier development is being done by the BVI, for the BVI. This is a project that all Virgin Islanders can claim as their own. BVI stands to benefit from a new sense of pride, knowing that we have done something to benefit our children’s children,' said Claude O. Skelton Cline, managing director of the BVI Ports Authority.

BVI will be marketed by Norwegian Cruise Line and Disney Cruise Line, as provided in their long-term berthing agreements.

'Aside from the obvious benefits from being promoted alongside these major brands in terms of the potential for visitor growth, we also stand to benefit from enhanced reputation by association,' Cline added. 'Fact is, BVI looks even better having signed these agreements with two of the four major cruise lines. It says to the world that they have faith in this project and destination.'

More than 600,000 cruisers are expected in the 2015/16 season. Cline said this gives more than 600,000 opportunities to present BVI culture through music, crafts, foods and other artifacts, and to promote them throughout the world.

The four-acre landside development will have a family focus with a great mix of food, retail and entertainment, according to Dona Regis, ceo of Tortola Pier Park Ltd. There will be retail space for Virgin Islands artisans, and the park will be open to the public.

Customer service training for BVI Ports Authority and Tortola Pier Park employees is being hosted by the Disney Institute as another part of Disney Cruise Line's berthing agreement.

For Tortola Pier Park, 'customer service excellence is paramount to achieving our brand image, as we are a family-focused entertainment hub that offers quality retail with culinary variety,' Regis said. She added attention will be given not only to those businesses inside the park, but also ancillary businesses that are created as a result of the facility and the influx of cruise passengers.

The anticipated completion date for the cruise pier and terminal is late April, while some shops in the park are to be ready for outfitting by late May and the facility as a whole is scheduled for completion by year's end.