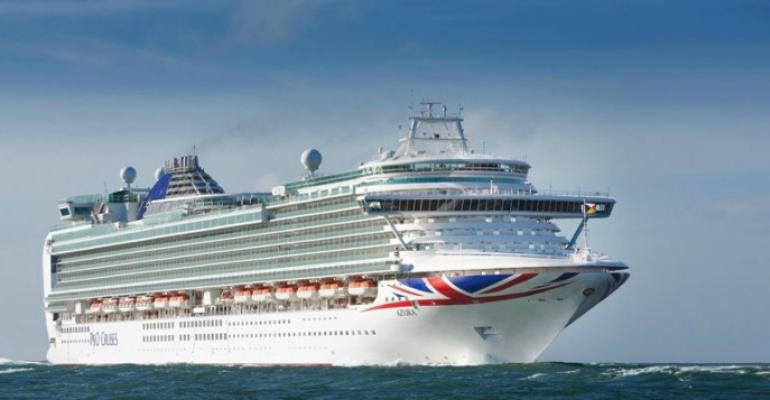 The judgment follows a port state inspection of Azura during its call to Marseille in March
Carnival Corp. & plc plans to appeal Monday's Marseille court ruling that fined a P&O Cruises captain for burning fuel with sulfur content above the 1.5% EU limit.

The judgment springs from a port state control inspection of Azura in Marseille in March, when the ship's fuel was found to have sulfur content of 1.68%.

According to the EU Sulfur Directive, 'passenger ships operating on regular services to or from any EU port shall not use marine fuels if their sulfur content exceeds 1.5% in sea areas outside the SECAs.'

In a statement provided to Seatrade Cruise News, the Carnival group said it carries more than 12m passengers annually and 'takes its legal and moral obligations towards the protection of the environment very seriously indeed.

France allegedly said directive did not apply to cruise ships

'We were, therefore, very disappointed to be prosecuted for this offense, which was based on a European law the French Environment Ministry had explicitly informed the cruise industry would not be applied to cruise ships and which, in any event, has still not been properly implemented.

'The captain was using the fuel in good faith, as directed by us, based on our understanding of the law. We have lodged an appeal and will consider the full decision of the court once it is available,' the statement continued.

Media reports said Hoyt's attorney had argued during an October hearing that as a cruise ship, Azura was not operating regular service to or from Marseille and that the EU rules unfairly distinguish between cruise ships and cargo vessels.

The French prosecutor reportedly told the Marseille court that Carnival 'wanted to save money at the expense of everyone's lungs.'