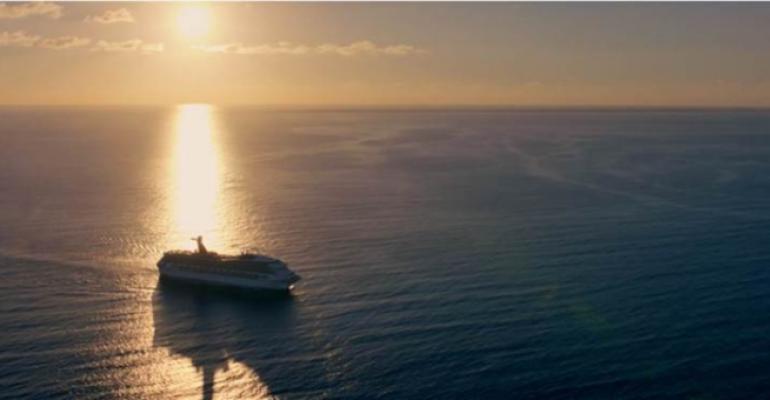 'Come Back to the Sea' - beautiful imagery, ships in stunning settings

In the end, it wasn't 'Ship in a Bottle' with cute kids, 'Getaway' where a woman escapes the dentist's drill, her boss and other daily unpleasantries to dive into a cruise, or even the highly suggestive 'Cruise Virgin.'

Instead, for its first multi-brand commercial aired during the Super Bowl, Carnival Corp. & plc tugged at emotions in 'Come Back to the Sea.'

It uses beautiful, slow moving imagery of the ocean, natural phenomena like the Northern Lights, ships in stunning settings and people, with a voice-over from a speech by President John F. Kennedy kicking off the 1962 America’s Cup.

'I really don't know why it is that so many of us are so committed to the sea,' the voice-over begins. 'In addition to the fact that the sea changes, and the light changes and ships change, [I think] it's because we all came from the sea ... And all of us have in our veins the exact same percentage of salt in our blood that exists in the ocean ...

'We are tied to the ocean. And when we go back to the sea, whether it is to sail or to watch it, we are going back to whence we came.'

The commercial can be seen here.

Carnival said Hollywood director Wally Pfister and the BBDO-Atlanta creative team shot for nine days in Barcelona, Spain, including five days on board Regal Princess, to capture visuals of the sea and special moments in time from cruise vacations. The result is a film-quality, documentary-style spot with powerful visuals to help evoke an emotional response from viewers.