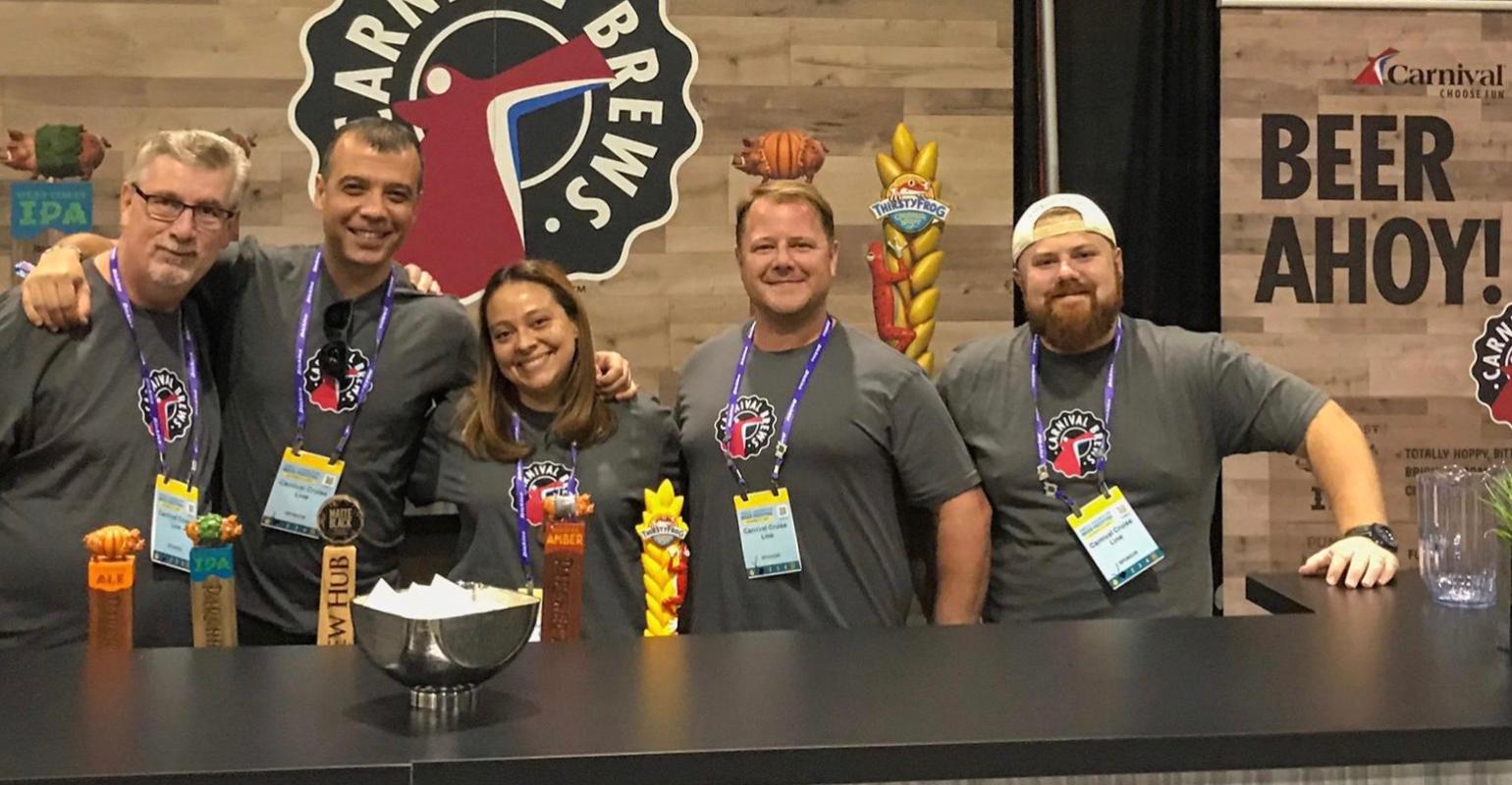 Carnival unveils pumpkin ale and a new lager for Panorama

Carnival Cruise Line made a splash as the first cruise operator to exhibit at the Great American Beer Festival in Denver, debuting its new fleetwide seasonal beer, ParchedPig Pumpkin Ale.

The brew will be available in bottles and on draft later this month.

Carnival, which operates the only shipboard breweries in North America, also showcased its ParchedPig West Coast IPA, ParchedPig Toasted Amber and ThirstyFrog Caribbean Wheat to the festival, which drew more than 60,000 attendees and 800 brewers.

Recipes for these three beers were created by Carnival’s in-house brewing team and, in partnership with Brew Hub, are available in cans and kegs across the fleet.

Plus, a new beer for Carnival Panorama

Additionally, the line announced that a brand new beer, ParchedPig Beach Lager, will debut at Guy’s Pig & Anchor Smokehouse Brewhouse aboard the new Carnival Panorama when it enters service in December from Long Beach, California.

‘Showcasing a selection of our beers among some of the top breweries in the country and introducing our product to the thousands of beer enthusiasts at The Great American Beer Festival is a true highlight for our team,’ said Edward Allen, VP beverage operations for Carnival.

Available for a limited time, ParchedPig Pumpkin Ale is a bold, full-bodied beer with a hint of spiciness and notes of cinnamon, nutmeg, clove, caramel and brown sugar. It will be available in 22-ounce ‘bombers’ and on draft in bars and lounges across the fleet, as well as at breweries aboard Carnival Vista and Carnival Horizon.

Carnival described the newest beer under its ParchedPig moniker, Beach Lager, as an easy-drinking, refreshing brew that combines traditional German brewing techniques with a fun sense of adventure. It will be brewed and served at Carnival Panorama’s Smokehouse Brewhouse, joining the ParchedPig Smoked Porter West Coast IPA, Toasted Amber and Farmhouse Ale, also brewed on board.

‘ParchedPig Beach Lager is light, drinkable beer that’s a personal favorite of mine and serves as the perfect accompaniment for whatever guests want to do on board, whether it’s relaxing by the pool or enjoying delicious barbecue,’ Carnival brewmaster Colin Presby said.