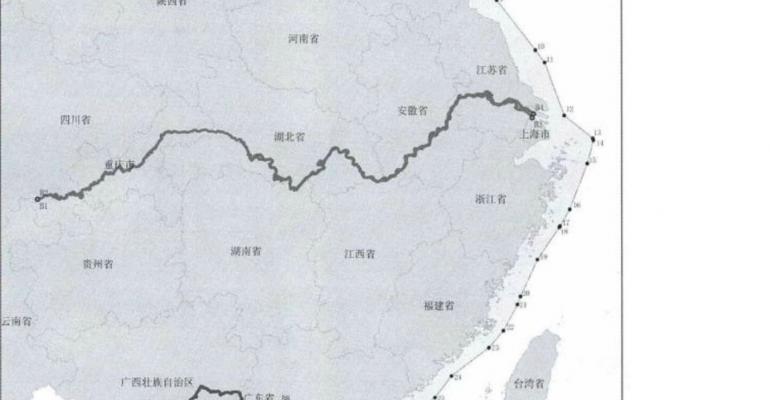 At the same time, the country listed requirements for ships to be equipped for the use of shore power in port.

ECAs are already in effect in the Baltic Sea, North Sea, North America (most of the US and Canadian coast) and the US Caribbean (Puerto Rico and the US Virgin Islands).

China's ECAs take effect Jan. 1, while the shore power requirement, as pertains to cruise ships, calls for vessels built on or after Jan. 1, 2020, to be equipped for shore power connectivity.

The aim of the ECAs is to improve the air quality of coastal cities and inland ports by reducing the emission of ship-generated air pollutants such as sulfur oxides, nitrogen oxides and particulate matter.

From March 1, 2020, ships entering the ECAs without any alternative measures such as sulfur oxides and particulate pollution control devices can only load and use the marine fuel oil that should be used in accordance with the implementation plan.

From Jan. 1, 2022, ships entering the Hainan water in the coastal control areas shall use marine fuel oil with a sulfur content of no more than 0.1%.

The feasibility of using marine fuel oil with a sulfur content of no more than 0.1% is to be evaluated in a timely manner to determine whether ships entering the coastal control areas will be required to that  0.1% fuel from January 2025.

The implementation plan also outlined the requirements for nitrogen oxide limitations. Concerning international navigation ships, those that are built or are subject to the major modification of marine diesel engines on or after Jan. 1, 2011, where the output power of a single engine used exceeds 130kW, shall meet the requirements for the NOx emission limits in the second phase specified in MARPOL, the International Convention for the Prevention of Pollution from Ships.

Ships may use alternative measures such as clean energy, new energy, ship-borne power storage device or post-treatment of tail gas to meet these emission control requirements. Where the post-treatment of tail gas is used, the emission monitoring device shall be installed and the generated wastewater and waste liquid shall be treated in accordance with relevant regulations.