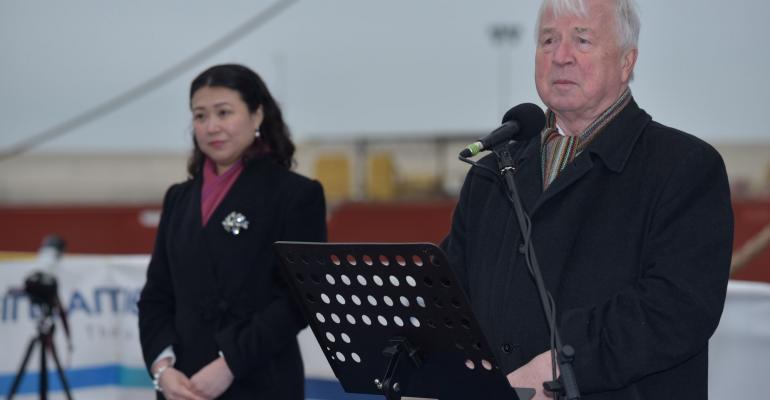 Viking Sun and Viking Spirit, both being built by Fincantieri, are due for delivery in September 2017 and June 2018, respectively.

The first ship Viking Star was delivered at Fincantieri's Marghera yard in spring 2015. The second and the third ships, Viking Sea and Viking Sky, were both built in Ancona and delivered in early 2016 and early 2017.

In April this year Viking and Fincantieri signed a memorandum of agreement for the construction of two additional 47,800gt cruise ships, with an option for another two.

Viking Sun was launched in Ancona last December in front of godmother of the ceremony Yi Lou, vp of CMBFL and Torstein Hagen, founder and chairman of Viking Ocean Cruises.

Viking accounted for more than half of the North American sourced river cruise passengers at the end of 2016, noted CMBFL.

In an expanding asset portfolio, it is targetting new investment opportunities with cruise being one sector, it reports.

Its cruise arm is based in Shenzhen.

The name came under the cruise spotlight in 2015 when Carnival inked a memorandum of understanding with China Merchants Group to explore the possibility of a domestic cruise line for China and turnaround and transit port development.

The vessels will be constructed by China Merchants Heavy Industry (Jiangsu) Co., Ltd. near Shanghai, with the design, equipment and management supplied by Norway's Ulstein Design & Solutions.