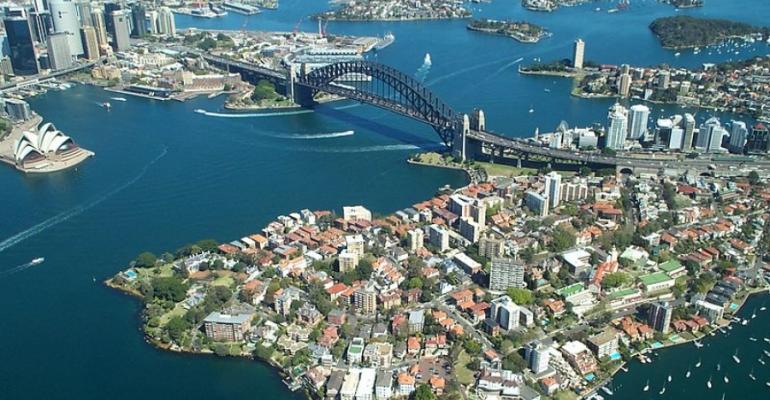 Carnival has joined Royal Caribbean in telling a New South Wales government investigation into port fees that Sydney is the most expensive of all the ports its ships visit, worldwide, and could lose ground to more cost-competitive destinations.
In its submission to the Independent Pricing and Regulatory Tribunal (IPART), Carnival said Australia is the world’s leading cruise market in terms of growth, contributing around A$3.6bn to the economy and supporting more than 15,000 full-time jobs.
However, it said costs at key ports in the United States, New Zealand and Europe are 30% to 50% lower than Sydney's.
Port charges in Sydney have reached an unprecedented level. A ship carrying 3,100 passengers costs Carnival A$410k to call at Sydney Harbour. Of this amount the site occupancy charge (A$93k or A$30 per passenger), which has increased 900% in three years, is the second largest component, after the federal Australian Passenger Movement Charge of about A$55 per passenger.
The Carnival submission said there is no precedence globally for a regulatory approach to set prices for access by cruise ship operators to port infrastructure.
It said the IPART should follow global practice and support a pricing model underpinned by direct negotiation and long-term contracts between cruise ship operators and the Port Authority.
Carnival’s submission is on behalf of seven cruise brands—P&O Cruises Australia, Princess Cruises, Carnival Cruise Line, P&O Cruises World Cruising (UK), Cunard, Seabourn and Holland America Line.
It said the company is a significant contributor to the NSW economy through passenger/crew spending, local employment, supplier arrangements with local and regional providores and marketing and advertising the destination without government subsidy or investment.
In its submission Royal Caribbean said it markets its Sydney-based cruises globally and carries approximately 55,000 inbound tourists from around the world each cruise season.
It said disincentives like the passenger head tax, which places a greater burden on large ships, ignore the economic benefits of these inbound cruise passengers.
The submission noted Australia is the beneficiary of its deployment strategy to share ships seasonally between China and Australia, but this is also at risk if costs continue to rise with no correlation to reality, ‘simply because it is thought that we will be able to continue to charge what we like.’
It said using inflated asset valuations for terminals like the Overseas Passenger Terminal, the only one that can take ships too big to go under the Sydney Harbour Bridge, in order to justify higher charges will not stand up to scrutiny.
Royal Caribbean’s submission refers to the most recent CLIA economic impact statement showing that while remaining the dominant port in Australia, Sydney’s share of cruise growth is declining relative to Melbourne and Brisbane due to constraints on capacity and uncompetitive port charges and costs.
It said the non-arrival of ships should be taken into consideration.
‘Cruise companies rarely announce what they are not doing re deployment,’ it warns.
A draft report on the submissions received will be available for more consultations later this month.
A final report will be prepared for Maritime Minister Duncan Gay in September.
Copyright © 2022. All rights reserved. Seatrade, a trading name of Informa Markets (UK) Limited.
TAGS: ports & destinations cruise lines financial economic impact government weekly lead
0 comments
Hide comments
Related