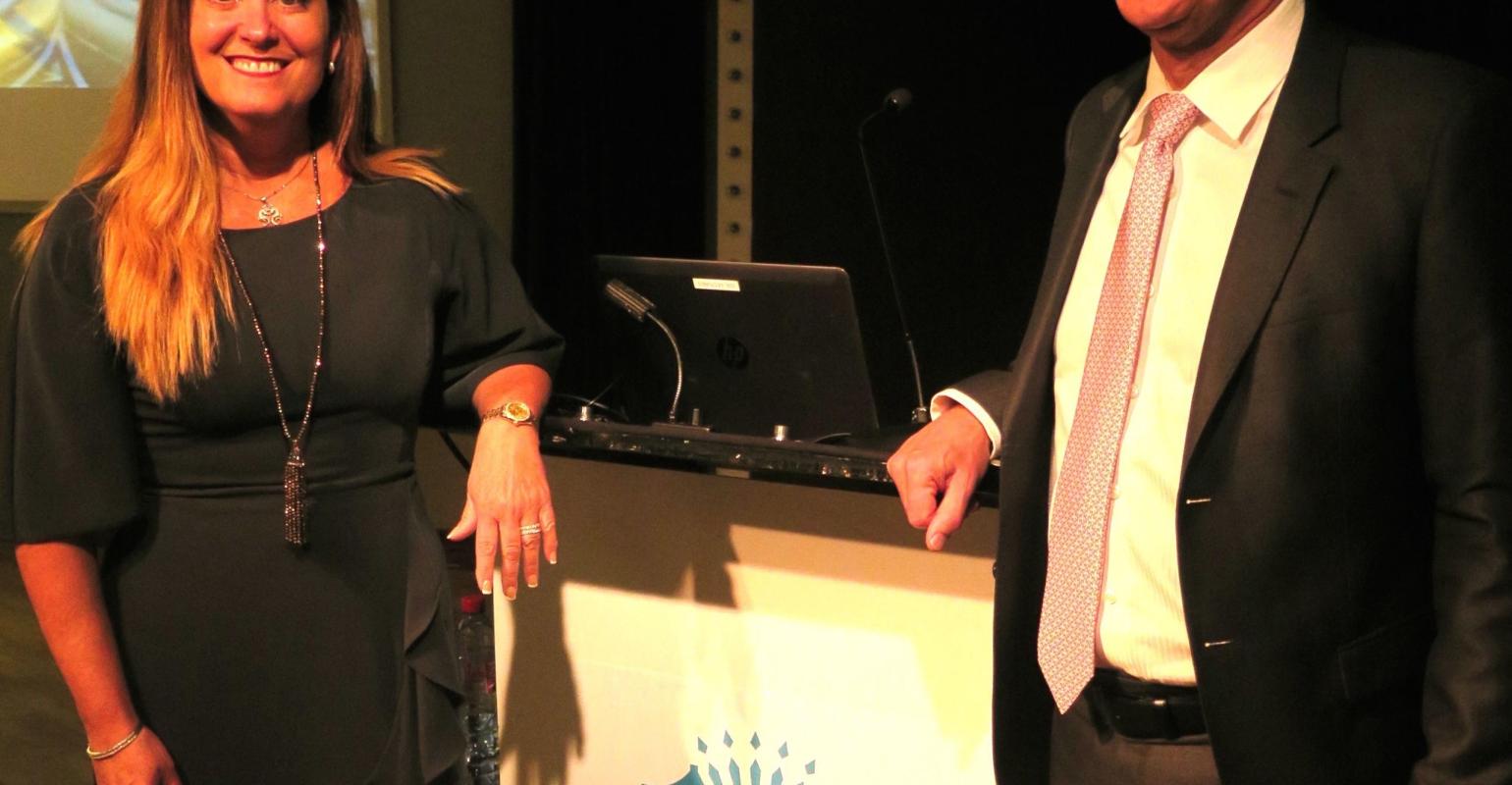 At the sales gala aboard Crystal Symphony CEO Tom Wolber and SVP sales and marketing Carmen Roig said Crystal's shoreside team will strive to match Crystal's extraordinary shipboard delivery
In 2017, Crystal Cruises juggled growth, new technology and processes and new experiences, creating challenges for the brand and its travel partners. There was a big executive turnover, too.

So when new president and CEO Tom Wolber addressed top retailers at the company's sales gala aboard Crystal Symphony on Tuesday, the main message was calm reassurance about a commitment to service and product delivery.

'This is a year of focus on stabilization,' Wolber told the 74 retailers who had produced at least $1m in Crystal sales—and a handful more than $5m—during 2017.

'Our crew delivers, and the shoreside team will, too'

Wolber said the priority of his first seven months at the Crystal helm was to refocus and recommit the team to what has made the brand great for 27 years.

'Our crew delivers, and the shoreside team will, too,' Wolber pledged, to applause from the sales gala attendees.

This is a VIP audience, responsible for a collective $163m in revenues during 2017, and Wolber called their expertise and loyalty vital.

'There is a world of opportunity for all of us to grow our collective business. New luxury travelers need travel agents,' he said.

One of the company's research findings is that a whopping 96% of Crystal travelers rate their travel agent as exceeding expectations.

As for Crystal, 'We have one of the strongest teams in the cruise industry, working for one goal: exceeding the expectations of guests and our travel partners,' Wolber continued.

The brand is defined by generous space, genuine service, attention to detail and quality, an outstanding destination experience and choice, and Wolber said Crystal will focus on these pillars with each ship and itinerary.

'We are committed to be a pleasure to do business with,' he added, a vow reiterated by Carmen Roig, SVP sales and marketing.

She acknowledged 2017 had been a 'painful year' with challenges like the migration to a new reservations system and the misperception that the Miami and Los Angeles teams were split.

Unspoken was the fact that so many key figures at Crystal had departed, creating uncertainty and a fair amount of anxiety on the the part of retailers as to the brand's direction.

Roig told sales gala attendees her focus is finding solutions. She announced a new Trade Integrity Campaign—details to come—and the formation of an agent advisory council, whose names will be made public on Friday.

If there has been upheaval shoreside, the shipboard teams still managed to execute in the style that has made Crystal a 'world's best' in so many respected ratings, year after year.

'One area where there are no issues is hotel operations,' Roig said. 'We got it right on board. To honor this on-board team, we need to do equal or better ashore,' she vowed.

Last year's sales gala was dominated by ambitious plans for the ocean, yacht, river and air products. Subsequently, many things changed, and delivery dates were set back.

Crystal is now being so careful not to promise without being certain of its ability to deliver that no specific date for the arrival of expedition yacht Crystal Endeavor is being mentioned yet, just the year: 2020.

A 'game-changer' for luxury expedition cruising

So when Wolber said Crystal Endeavor will be a 'game-changer' in the luxury expedition segment, that carries weight since he's not given to hyperbole.

There were no product reveals at the sales gala's day-long opening session apart from Crystal Endeavor's accommodations. Just under 20,000gt, the all-suite, 200-passenger vessel will have two Crystal Penthouses, eight Penthouse Suites and 90 deluxe suites.

A major dry dock for Crystal Symphony was executed late last year, and the sales gala is giving a chance for top retailers to see and experience the changes, including open-seating dining, new restaurants, entertainment and additional premium Penthouse accommodations. The ship's occupancy was reduced. Similar changes are planned for Crystal Serenity's docking in November.

'Crystal's brand promise is built on the ocean ships and they remain iconic. We will continue to invest in our ocean ships with designs that are pleasing to our guests of today and the guests of tomorrow,' Wolber said.

He wasn't ready to share any details of the Diamond-class newbuild planned for 2022 that's going to measure about 65,000gt, a size consistent with Crystal Serenity and Crystal Symphony—considerably smaller and without the Crystal Residences originally announced.

Wolber and his team will be finalizing the draft design for that newbuild later this week with Markus Aarnio, chairman of the design consultancy Foreship. The design will be evolutionary, but how some things are delivered on board will be revolutionary, Wolber said, such as technology.

This is where parent company Genting Hong Kong plays a key role, since 'Asia is far ahead on technology.' For example, the ship will be able to recognize guests, without them having to wear a device.

The first details of this Diamond-class ship are likely to emerge at Seatrade Cruise Global in Miami next spring, followed by more information at next year's sales gala.

Guest satisfaction scores for the river vessels are among the highest in the fleet and in line with the ocean ships. Half of the river-cruise customers are new to Crystal and their average age is slightly younger. Ratings for the yacht Crystal Esprit, meanwhile, shot up in 2017, and Esprit is drawing new people to the brand, as well, who are younger and more adventurous.

Several top-producing retailers aboard Crystal Symphony told Seatrade Cruise News they're encouraged by the tone set by management at the sales gala.

Edwina Lonsdale, managing director, Mundy Cruising, said Wolber reached out to leading retailers when he joined Crystal and said that, as an operations guy, he would need time to evaluate.

'Seven months in, there is no significant change but we do see the direction,' Lonsdale said, adding that is 'refreshing.'

The stream of plans previously trumpeted for Crystal's brand expansion under Genting Hong Kong's new ownership had not helped the trade or consumers, according to Lonsdale, because expectations were built up, only to be let down.

Now, the news is 'positive, in a measured way. It's not all we want to see, but it's a work in progress,' she said, noting that everything is inter-dependent and will take time. Lonsdale's current view of Crystal is 'cautiously positive.'

'What gives me confidence with Tom is this kind of measured response. He doesn't want to over-promise. He wants to make sure he over-delivers. He has an operations focus, not pie in the sky,' Sharpe said, adding: 'That's what I wanted to hear.'

'If they could ever match shoreside their operations on board, it would be amazing,' he said.