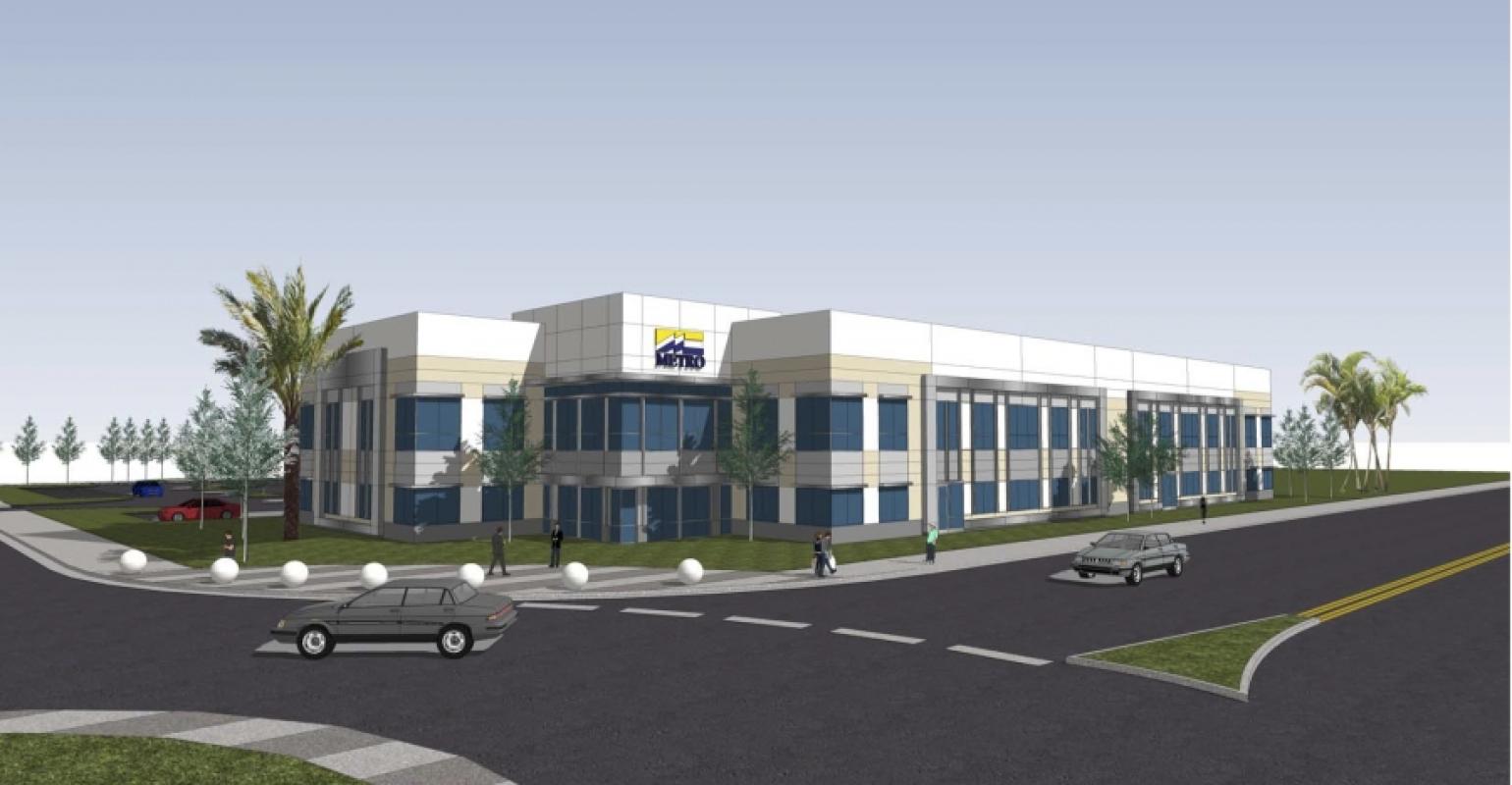 With the chairman at the hands of a large backhoe machine, Nautilus International Holding Corp. and its Metro subsidiaries broke ground Tuesday on new headquarters at Long Beach, California. The audience included Mayor Robert Garcia, Port of Long Beach officials, community leaders and other dignitaries.

'Our long and rich association with the city and Port of Long Beach is literally going to be written in stone by moving our headquarters here,' Nautilus chairman, president and chief executive James R. Callahan said before he broke ground on the new facility by scooping dirt with a backhoe.

Nautilus/Metro, which recently signed a 20-year agreement with the Port of Long Beach for continued bulk cargo operations, is moving company headquarters from Wilmington to a 40,000-square-foot building on 2.57 acres in Douglas Park near the Long Beach Airport.

When completed, the new building will be Leadership in Energy and Environmental Design certified. The 168-space carport structure will include 10 electric vehicle charging stations and will be covered by solar panels providing power to the new building.

'Long Beach has known and respected Nautilus and Metro Ports for decades, so we are thrilled they are making their home in the International City,' Mayor Garcia said.

The current staff of approximately 70 full-time employees in Wilmington will transfer to the new headquarters, which will have a capacity for more than 120 employees. Worldwide, Nautilus/Metro has 30 operations in the United States and two countries.