Nicko charters a replacement ship after Britannia springs a leak 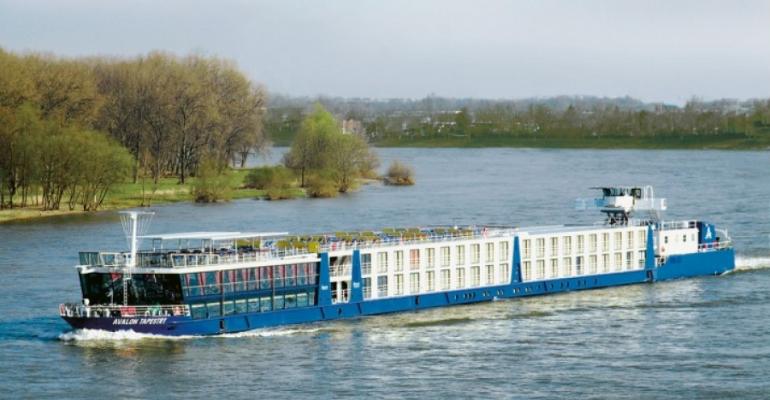 Vienna I, seen as Avalon Tapestry upon delivery in 2006

German river operator nicko tours has chartered Vienna I to replace its Britannia after the vessel took on water while sailing in the Ijssel River in the Netherlands over the weekend. Vienna I will operate on a three-week charter while Britannia undergoes repairs.

Britannia was sailing a 10-day cruise from Cologne with 153 German and Austrian passengers and 41 crew when it began to take on water at approximately 10 p.m. Saturday. According to Dutch media reports, passengers heard a noise and felt a gentle bump just before water started to enter at the stern of the vessel. It has not been confirmed if Britannia grounded.

The crew were able to berth the vessel at the quay of Zutphen in the province of Gelderland shortly after. All the passengers, many of them elderly, were safely disembarked shortly after midnight, and most were able to take their luggage with them. No injuries were reported, and passengers told media there was no panic on board.

Dutch emergency services, including the local fire brigade and the Red Cross, were called to the scene. The passengers were accommodated at Zutphen in locations including a gymnasium. The fire brigade brought pumps on board to remove the water.

On Sunday divers investigated and sealed a hole in the stern and on Monday the stabilized vessel was towed from the quay at Zutphen. According to Dutch authorities, Britannia will undergo repairs in Amsterdam.

The Swiss-flagged Britannia is registered in Basel and has been owned by Breeze River Cruises since 2008. The 110-meter ship was built in 1969 and can carry 184 passengers in 84 cabins.

The 135-meter Vienna I can accommodate 164 passengers and 44 crew. The Malta-flagged ship was built in 2006 as the second TwinCruiser by Neptun Werft and sailed as Avalon Tapestry on charter to Avalon Waterways from 2006 to 2012. It is owned by Premicon.