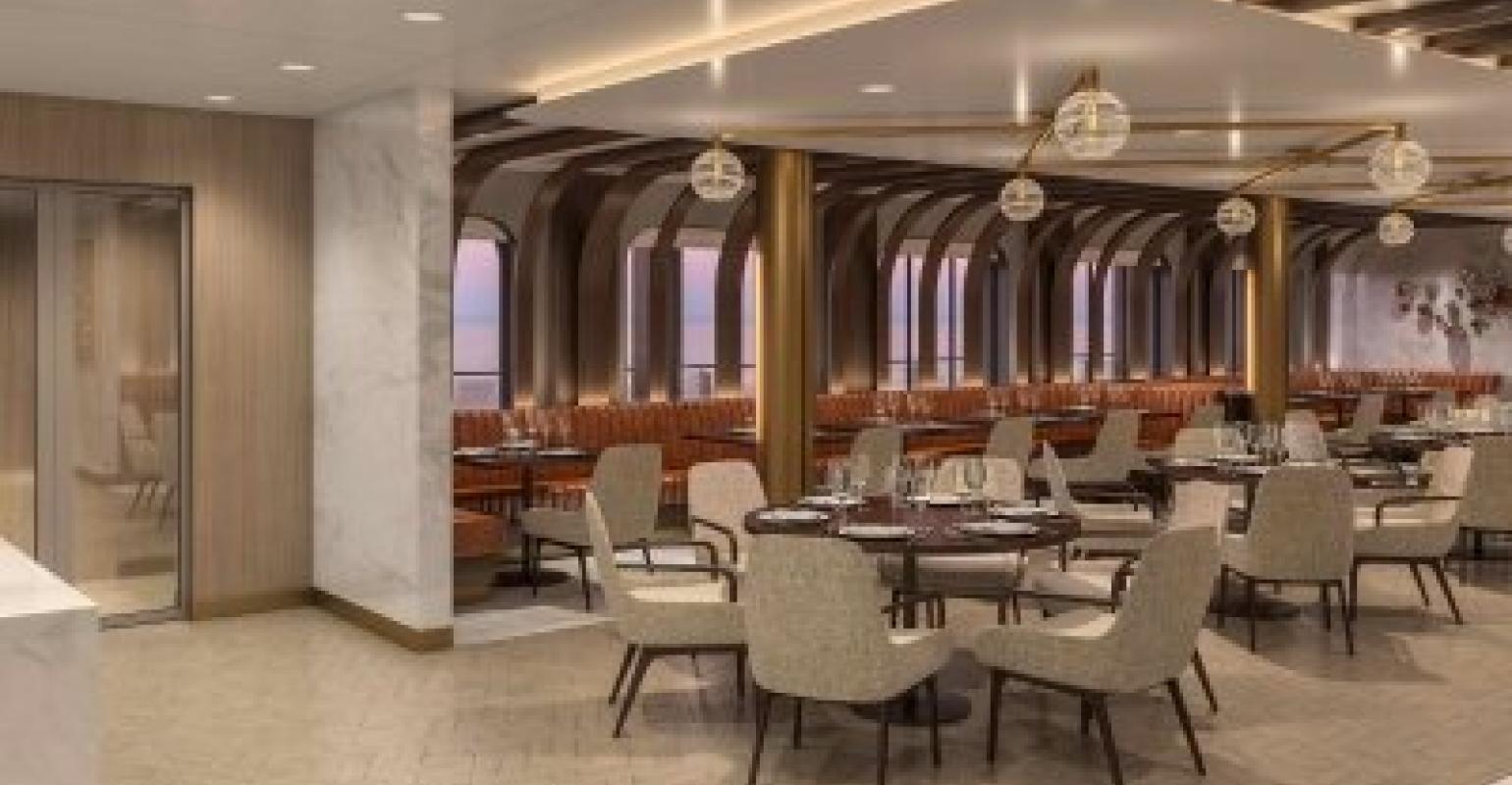 Onda by Scarpetta will have an elegant atmosphere and expansive views from within the restaurant and at tables on The Waterfront
Norwegian Cruise Line's exclusive collaboration with LDV Hospitality will bring the critically-acclaimed Scarpetta to Norwegian Encore with Onda by Scarpetta, an Italian fine dining concept.

Scarpetta is derived from the Italian expression 'fare la Scarpetta,' which means to savor a meal to the last bite, and 'Onda' means wave in Italian. The menu will showcase the rich, bold flavors the modern Italian restaurant is known for, including seafood and signature dishes such as yellowtail crudo and branzino, pastas made in-house daily including Scarpetta’s famous spaghetti tomato and basil, and desserts.

Norwegian Encore's Onda captures the core design aesthetic of land-based Scarpetta restaurants, with natural materials such as walnut and calacatta gold marble in a contemporary, minimalist Italian aesthetic. The venue will have an elegant atmosphere and expansive views from within the restaurant and at outdoor tables on The Waterfront.

Also on board will be Coco’s (over-the-top sundaes, milkshakes, gelato) Dolce Gelato on The Waterfront, a licensed and full-service Starbucks and The Bake Shop (French macarons, bonbons, cupcakes).

In addition to the debuting Onda by Scarpetta and Dolce Gelato, the oceanfront promenade The Waterfront will offer outdoor dining and lounging at Cagney’s Steakhouse, Los Lobos, The Cavern Club, Sugarcane Mojito Bar and Ocean Blue.

Entering service at PortMiami this fall, Norwegian Encore will offer seven-day voyages to the eastern Caribbean, beginning Nov. 24; four-, five- and seven-day itineraries to Bermuda and five- and nine-day cruises to Canada/New England from New York City beginning April 22, 2020. Five-, six- and seven-day cruises to the western Caribbean from Miami begin Dec. 12, 2020, and in spring 2021, Norwegian Encore will make its West Coast debut with sailings to Alaska from Seattle.