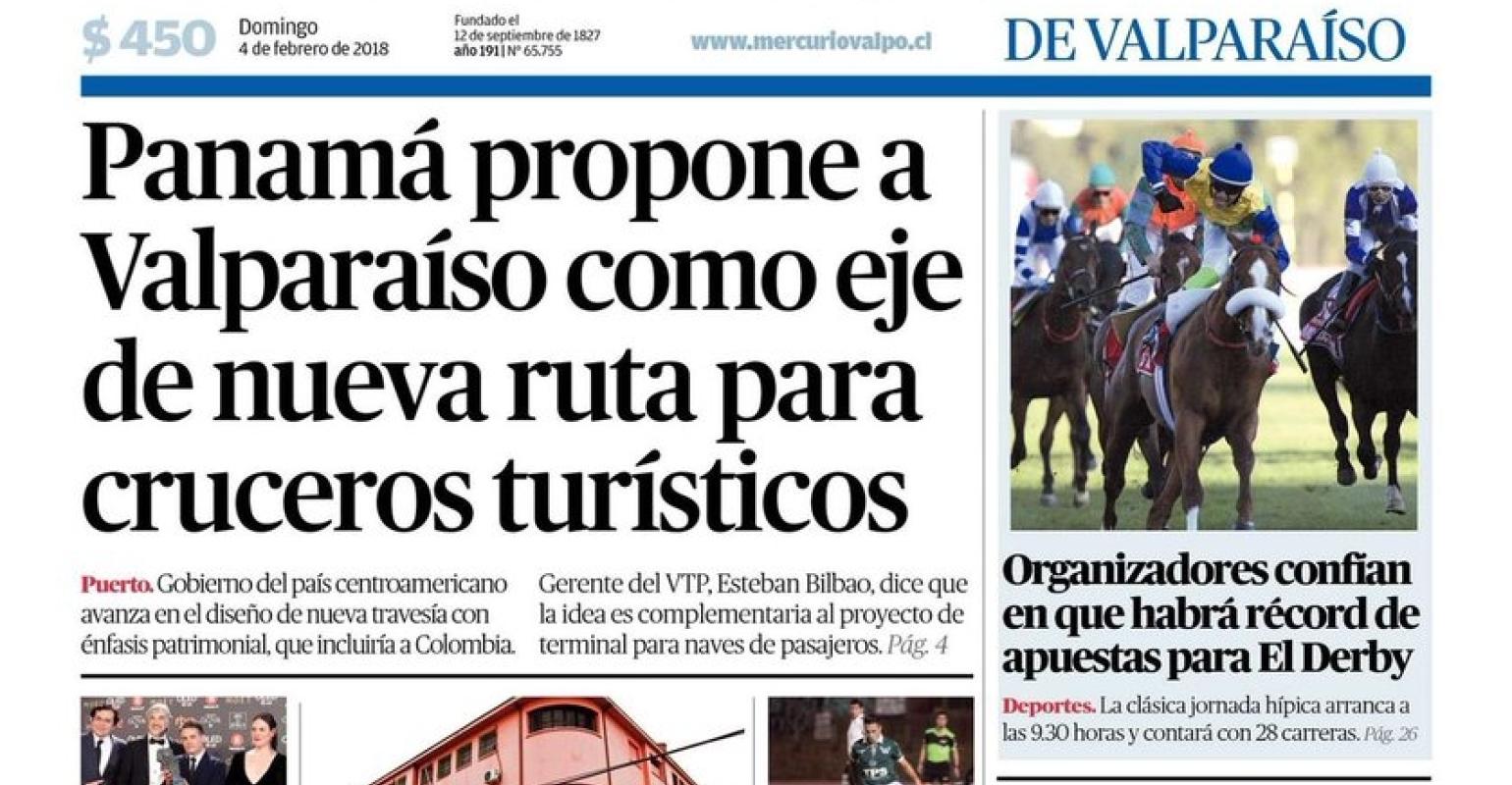 Chile and Panama are working together to develop and promote Pacific itineraries that support the new cruise terminal under construction at Amador near Panama City and the proposed new Valparaíso pier where cruise ships would get priority.

The story mentioned the possibility of six- or seven-day cruises between Panama and ports in Colombia, Peru and Chile (and, presumably, Ecuador), as part of a study to be undertaken by the Panama Maritime Authority, according to its administrator, Jorge Barakat Pitty.

And El Mercurio noted a high-level Chilean delegation from Grupo de Empresas Navieras, led by chairman José Manual Urenda, held meetings in January with senior Panamanian government authorities. These included a visit to the Amador terminal construction site and talks about how the company, through its Agencias Universales SA (Agunsa), would be interested in participating in a tender to operate the Amador terminal.

Agunsa handles cruise calls at Manta, Ecuador, where it's investing in a new terminal and port improvements, and in Valparaíso, via the Valparaíso Terminal de Pasajeros (VTP), where the agency has proposed the construction of a finger pier where cruise ships would have priority.

This plan was recently presented to the Port Company of Valparaíso for consideration as a solution to cargo vessel berthing conflicts which have caused many cruise lines to send their ships to nearby San Antonio's Puerto Central instead.

Speaking to El Mercurio, VTP general manager Juan Esteban Bilbao hailed the promotion of Pacific itineraries by the Panamanian government as a great step that complements the future cruise infrastructure at Amador, Manta and Valparaíso.