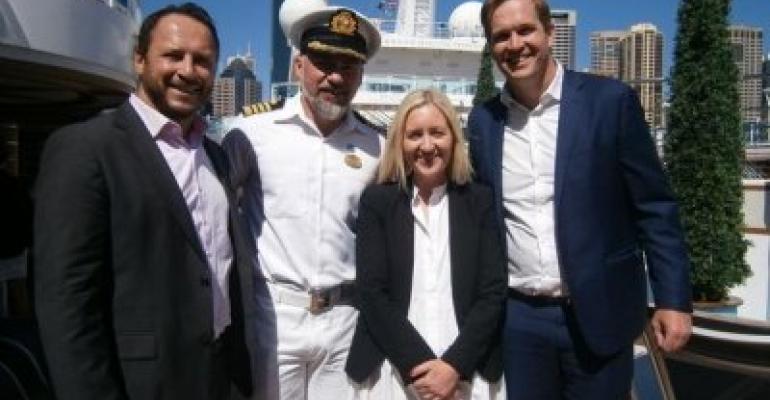 The new programme, detailed during a trade luncheon aboard Majestic Princess in Sydney Harbour on Tuesday, covers 123 cruises with five Princess ships sailing from six homeports across the country between October 2020 and April 2021.

Majestic Princess, which arrived in Sydney last September for her maiden season Down Under, will return for her third summer season.

The 142,200gt Regal Princess arrives in Sydney for her maiden extended season on December 2, 2020.

A video message from Stuart Allison, svp Asia Pacific who was at the company’s head office in California, was played to guests, outlining the new programme which goes on sale April 11. Sales and marketing director Nick Ferguson gave the shipboard presentation which included destinations director Michael Mihajlov who said Princess Cruises’ global Local Connections programme has been extended to Australia and New Zealand.

Sapphire Princess will also sail to destinations, including New Zealand, South Australia and Tasmania, on cruises from Melbourne and Sydney.

In addition to sailing South Australian itineraries, Sea Princess will homeport in Fremantle to sail the West Australian coastline from Broome to Albany and longer voyages to South East Asia.

Sun Princess was the first Princess ship to be permanently based in Australia, arriving in Sydney in 2007.

There was an emotional farewell for Majestic Princess Tuesday night when she sailed for Asia at the end of her inaugural season in Australia. She will return for a second Australian summer on September 17.