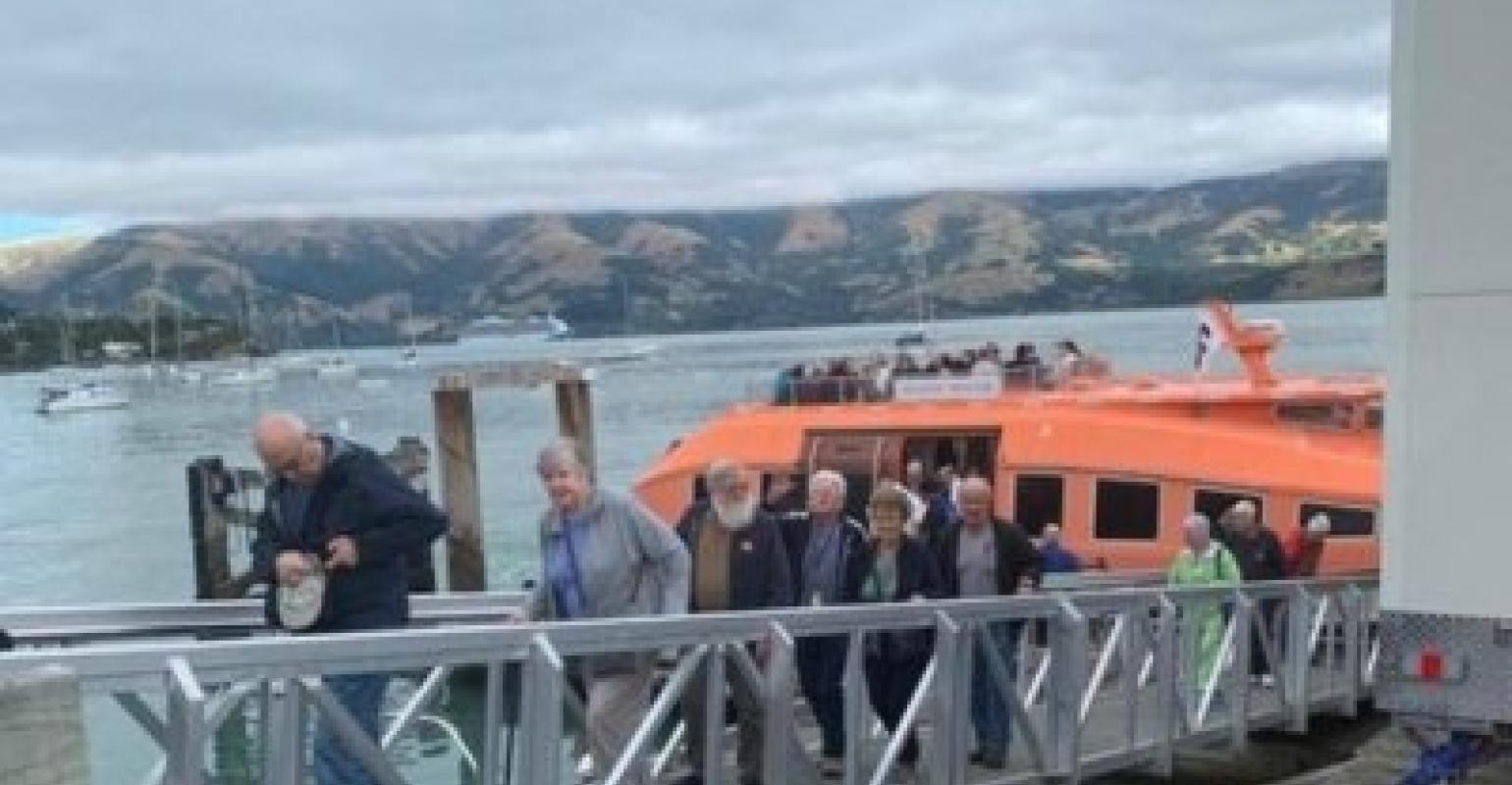 Majestic Princess passengers come ashore in Akaroa, with many heading for Christchurch city centre which is filled with floral tributes
Many passengers aboard Princess Cruises’ Majestic Princess, which arrived Monday in Akaroa, the alternate port for Christchurch, were bussed into the city to pay their respects to the victims of Friday’s terrorist attack on two mosques that has rocked the world.

At last count there were 50 dead, with many more critically injured.

‘One of NZ’s darkest days'

Majestic Princess, which left Sydney on March 13, is on a 13-day round cruise to New Zealand.

‘Many guests made their way to Christchurch city centre to pay their respects to the victims,’ Summers said.

‘Many others are sticking to their tour choices, determined to show their support by way of not backing down, demonstrating solidarity.

‘We are grateful to the cruise industry for its resilience and for simply moving forward, which is what we must do in the light of such grotesque adversity.’