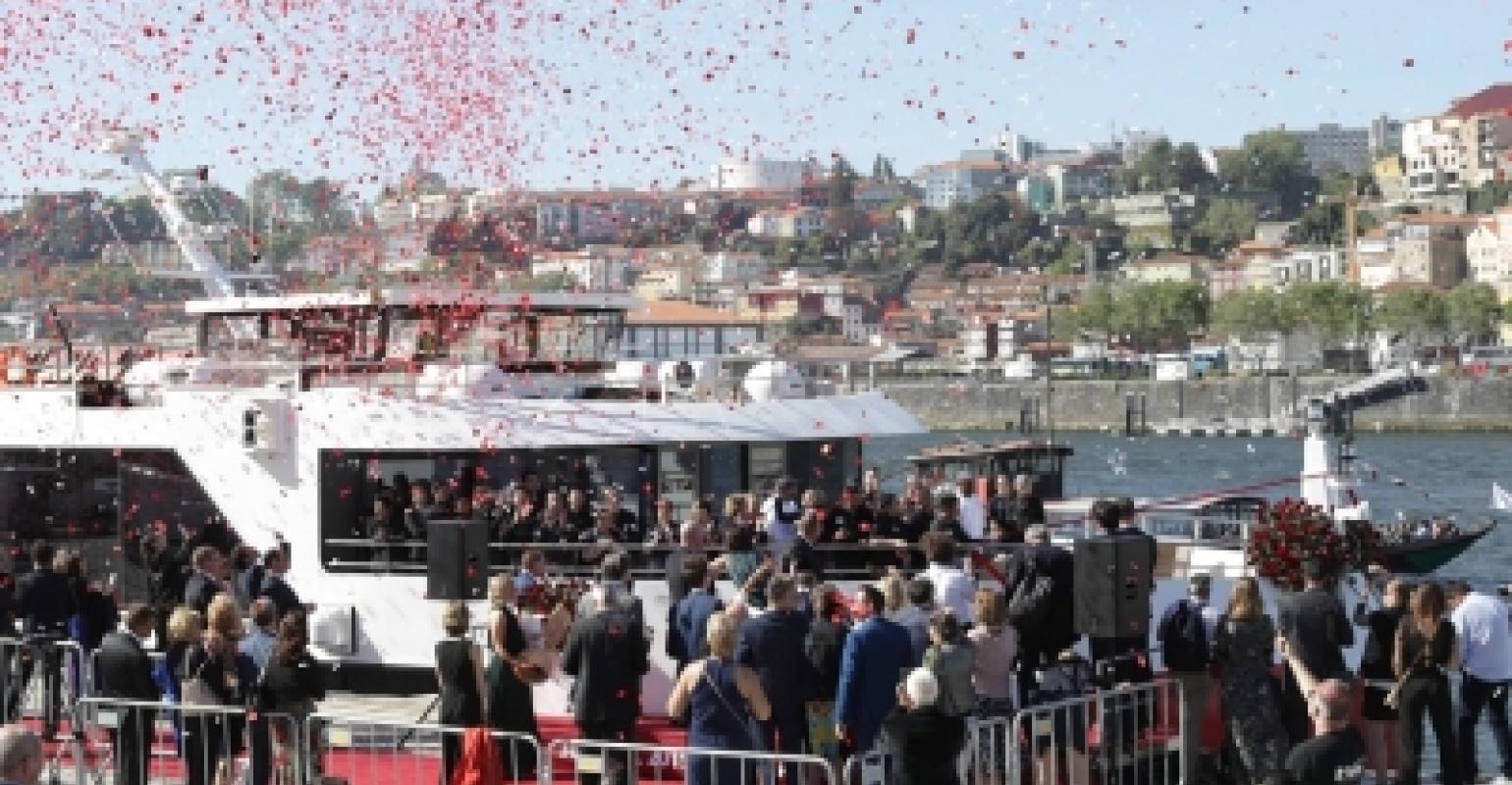 A-Rosa Alva, the new river vessel for Rostock-based A-Rosa Flussschiff and its first on the Douro River, was christened by singer/actress Yvonne Catterfeld on Tuesday.

Due to a delayed transfer of the ship to Porto and interior work to be completed, the May 1 maiden voyage was rescheduled to May 8. Christening ceremony guests were treated to a short cruise on the Douro.

Strong winds delayed A-Rosa Alva's transfer from WestSea Viana do Castelo shipyard in the north to Porto, and the vessel did not arrive until a couple of hours prior to the christening. Final outfitting will now be completed at Porto.

Passengers on the canceled maiden voyage will receive two free cruises aboard the A-Rosa fleet.

Smallest in the fleet

Carrying 126 passengers in 63 cabins, A-Rosa Alva is the smallest vessel in A-Rosa's growing fleet. Tailored for the Douro, she measures 79.8 metres long and 11.4 metres wide. Facilities include an outdoor pool and a lift.

The vessel, which operates for A-Rosa on charter from Douro Azul, will sail weekly between Porto and Barca d’Alva until November. The season is nearly sold out.

A-Rosa CEO Jörg Eichler said A-Rosa Alva is part of the company's vision for a modern approach to city travelling. Recent marketing initiatives and product development show river cruises have 'lost their dusty image and turned into a holiday experience for the entire family,' he added.